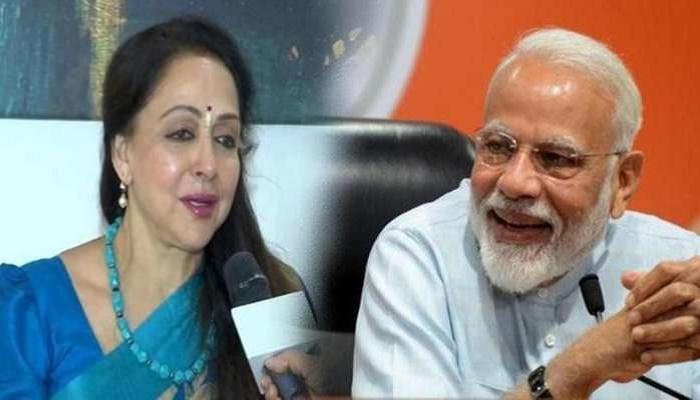 The actor-turned-politician said this while campaigning in Haryana for her party candidates.

The ruling BJP has set a target of winning more than 75 seats in the 90-member Assembly.

The Mathura MP addressed poll rallies in Palwal and Mahendergarh, and in the evening, held a road show in Punhana in Mewat region.

Speaking at Mr Palwal, Hema Malini said, "When prime minister was chief minister of Gujarat, I campaigned for him at that time. Today, I feel immensely happy that as PM he has taken country to such heights where no one else could."

"We will not get another prime minister like him," she added.

Hema Malini also praised the Manohar Lal Khattar-led BJP government in the state for providing a clean and transparent administration and giving jobs on merit.

During the past few days, several of the party''s star campaigners and top leaders have addressed rallies in the state, including Prime Minister Modi, Union Home Minister and BJP chief Amit Shah, Defence Minister Rajnath Singh, besides Smriti Irani, Ravi Shankar Prasad and V K Singh, among others.