Granada beats Osasuna to move into 2nd place in Spain 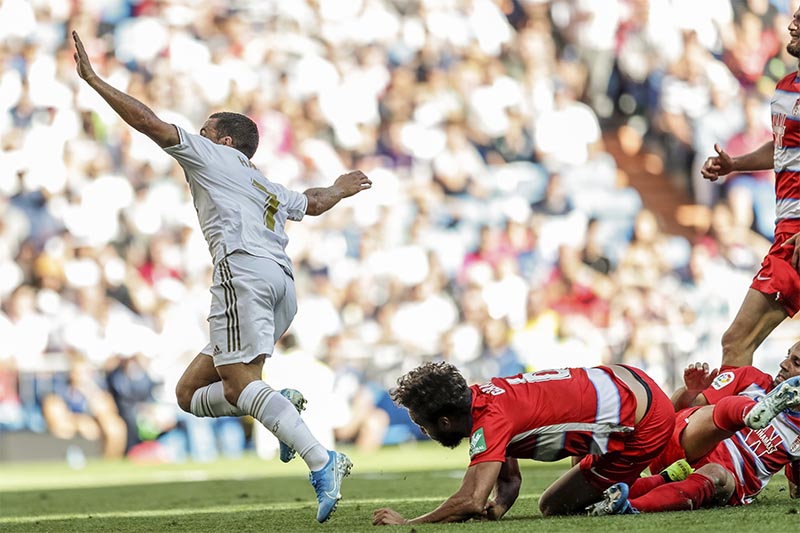 Granada continued its impressive return to the Spanish league by beating Osasuna 1-0 at home to move into second place on Friday.

Granada climbed to within one point of leader Real Madrid and is one point ahead of defending champion Barcelona.

Center back Domingos Duarte headed in a free kick by Alvaro Vadillo to put Granada ahead in the 38th minute. The powerfully struck ball hit goalkeeper Ruben Martinez before going in.

Osasuna*s best chance to tie came in the second half when Roberto Torres tried to surprise goalkeeper Rui Silva with a strike from near midfield. Silva made a fine save to keep a fifth clean sheet of the campaign.

''We are thrilled, it is very tough in this division to keep a clean sheet,'' Silva said.

Granada has won six of nine games since earning promotion from the second division last season.

Osasuna, which also was promoted last season, is in 11th place.

Madrid visits Mallorca on Saturday, while Barcelona plays at Eibar.