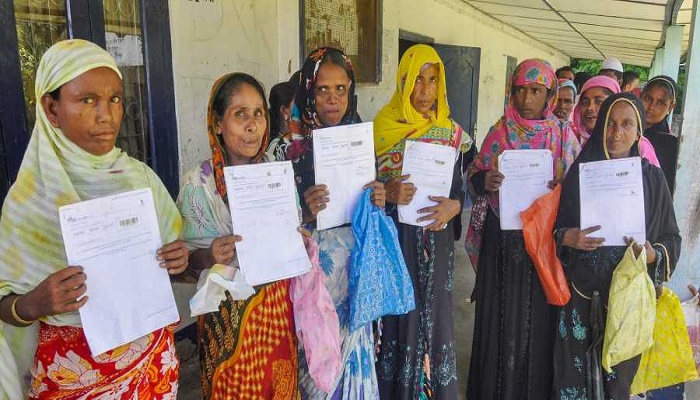 India’s  Assam BJP President Ranjeet Kumar Dass on Saturday once again accused the officer in charge of Assam's National Register of Citizens (NRC) Prateek Hajela of "playing" with the sentiments of the Assamese people with a faulty NRC.

The State BJP President came with this remark a day after Prateek Hajela was transferred to Madhya Pradesh of India by the Supreme Court on Friday, reports Ndtv.

The NRC coordinator should not be transferred until he explains how "each and every penny was spent", Mr Dass said.

Mr Hajela, who led the gigantic exercise of updating the citizenship list in Assam, was transferred in a move that surprised many, including the top government lawyer.

Six years ago, he had been tasked with supervising the massive exercise of revising the citizen's list in Assam, a complex project that has navigated controversies related to communal and linguistic divides.

He was seen as an able technocrat who could best tackle the job intended to weed out illegal immigrants.