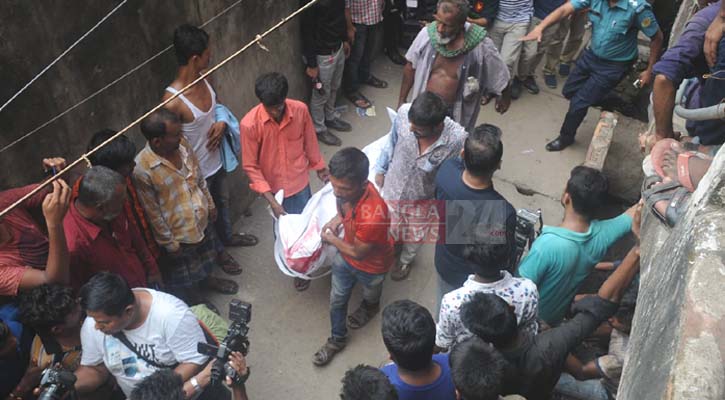 A man and his four-year-old child were found dead with their throats slashed in Chattogram.

The law enforcers recovered the bodies from their residence at Nimtoli around 11:00 am on Saturday, according to media report.

The deceased were identified as Md Arif, 32, and his daughter Bibi Fatema.

Bandar Police OC Sukanta Chakraborty informed that Arif lived with his family on the first floor of a three-storey residential building in a colony at Nimtoli in the port city.

Being informed, police rushed to the home and found the girl's body in a bed while her father lay on the floor, the OC said, adding both bodies carried slash marks on the throats.

Police are investigating the incident but no one was arrested yet.