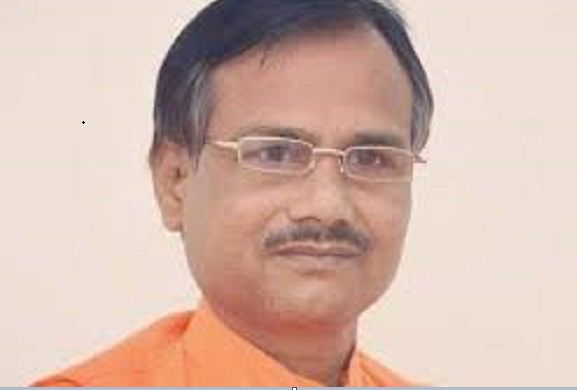 Five people have been arrested for the murder of Kamlesh Tiwari, the leader of a political party in Uttar Pradesh who was killed at his residence in Lucknow on Friday. Addressing the press on Saturday. Director-General Police (UP), said three of the arrests had been made in Gujarat after a joint operation between police forces of the two states. The two other arrests were those of Muslim clerics from western UP's Bijnor district who had been named in a murder FIR filed by Kamlesh Tiwari's wife. Two other accused, those believed to have carried out the attack, are still on the run.

The men arrested in Gujarat have been identified as Maulana Mohsin Sheikh (24) Rasheed Ahmed Pathan (23) and Faizan (21). Police believe Rasheed Pathan was the mastermind, while Faizan purchased the box of sweets the killers used to gain entry into Tiwari's home.

"We were confident we would solve the case in 24 hours and we have done so. Based on clues we formed small teams and fanned out to UP and elsewhere. From the beginning we had a hunch this was related to Gujarat," DGP OP Singh said today.

"We found a sweet box at the incident spot and we found many clues in it. I spoke to the Gujarat DGP and we sent our team there. There was strong coordination between the Gujarat police and us," he continued, adding, "Two other accused who carried out the incident in Lucknow... trying to arrest them soonest".

DGP OP Singh said investigations had ruled out any terror angle and that the main focus of the killing was a defamatory comment Mr Tiwari allegedly made about Prophet Mohammad in 2015. Police earlier said that in 2016 one of the clerics named in the FIR had placed a bounty of Rs. 51 lakh on Kamlesh Tiwari's life over that alleged remark.

Kamlesh Tiwari murder: UP Police have ruled out a terror angle to the killing

Earlier, police recovered security footage from outside Kamlesh Tiwari's home. The footage showed two men and a woman - carrying a yellow bag containing a box of sweets that police believe hid weapons. The suspects had claimed the sweets were a Diwali gift for Mr Tiwari and were therefore allowed entry into the house, where they spent 36 minutes.

Speaking on Friday, DGP OP Singh said this indicated the killers were known to Mr Tiwari, who had his throat slit and was shot multiple times.

On Friday night Tiwari's wife had demanded Uttar Pradesh Chief Minister Yogi Adityanath meet her and the victim's family. She threatened self-immolation if her husband's killers were not brought to justice, according to news agency ANI.

Kamlesh Tiwari, 43, was killed at his residence in the Naka Hindola neighbourhood of Lucknow on Friday afternoon. He had his throat cut and was shot multiple times, and died while being taken to a hospital.

His body was transported to his native place - Mahmudabad in Sitapur district of UP - on Friday night. Family members and supporters staged a protest outside the mortuary.