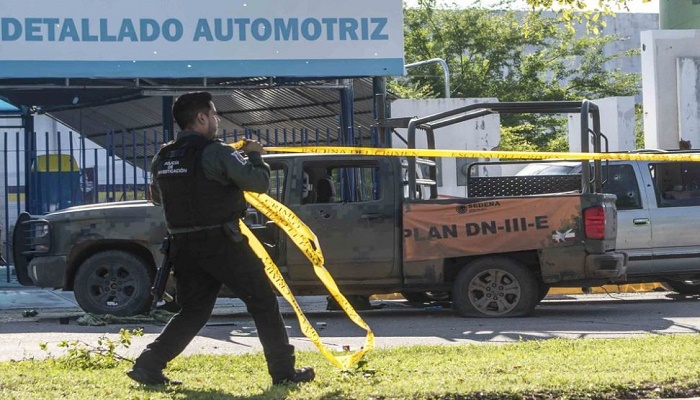 At least eight people dead and more than 20 were wounded when  Mexican security forces aborted an attempt to capture a son of imprisoned drug lord Joaquin "El Chapo" Guzman.

Authorities said 35 troops arrived at a home Thursday afternoon to arrest Ovidio Guzmán López on a 2018 extradition request from the US.

They entered the home, where Guzman and three others were inside.

Amid the chaos, inmates at a prison rioted, seized weapons from guards and fled. Fifty-six prisoners escaped, and 49 were still at large Friday, according to Sinaloa Public Security Secretary Cristóbal Castañeda. Two guards were taken captive and later freed.

The incident raising questions about whether Mexican President Andrés Manuel López Obrador's policy of avoiding the use of force and focusing on social ills is working.