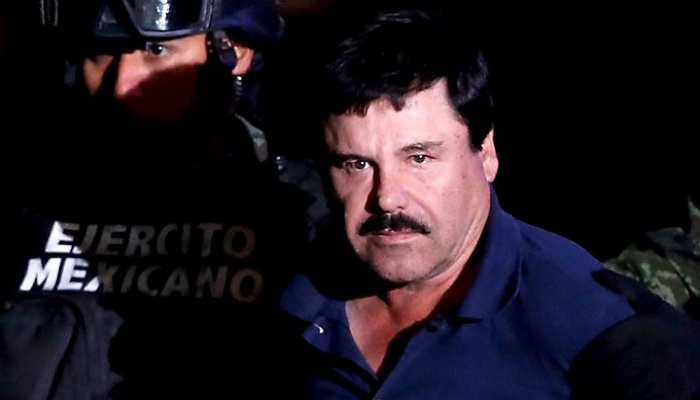 When Ovidio Guzmán López was seized at a house on a judge's warrant in the city of Culiacán, cartel gunmen fought street battles with security forces.

At least eight people were killed and 16 wounded, the authorities say, with vehicles left burning in the streets.

Mr López Obrador was elected on a platform of cracking down on Mexico's drug cartels, and has tasked the National Guard, a new security force, with fighting the dealers.

Under El Chapo's leadership, the Sinaloa cartel was the biggest supplier of drugs to the US, officials say.