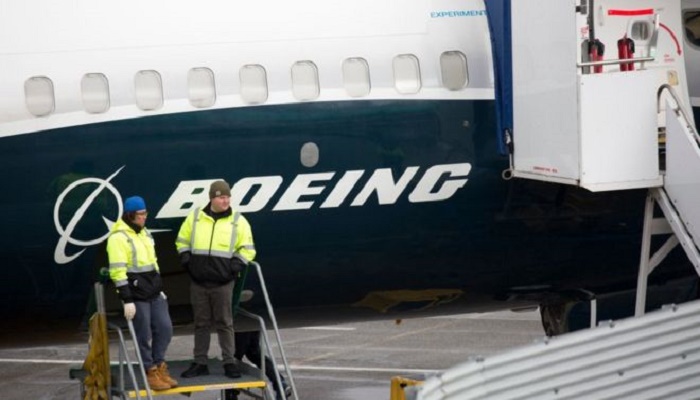 Boeing employees exchanged instant messages about issues with the automated safety system on the 737 Max as it was being certified in 2016.

In documents provided by Boeing to lawmakers, a pilot wrote that he had run into unexpected trouble during tests.

He said he had "basically lied to the regulators [unknowingly]".

The safety system has been tied to two deadly crashes that killed 346 people, reports BBC.

An Ethiopian Airlines 737 Max crashed only minutes after take-off from Addis Ababa in March, killing all 157 people on board.

The same type flown by the Indonesian airline Lion Air crashed into the sea only five months earlier in October 2018, shortly after taking off from Jakarta. That accident claimed the lives of 189 people.

Investigators of the crashes in Ethiopia and Indonesia have focused on the role played by a software system called MCAS (Manoeuvring Characteristics Augmentation System), which was designed to make the aircraft easier to fly.

Inquiries have shown the software - and the failure of sensors - contributed to pilots not being able to control the aircraft.

Boeing has blamed the crashes on erroneous data fed into the system. It has said it is revising the plane's software to improve safeguards.