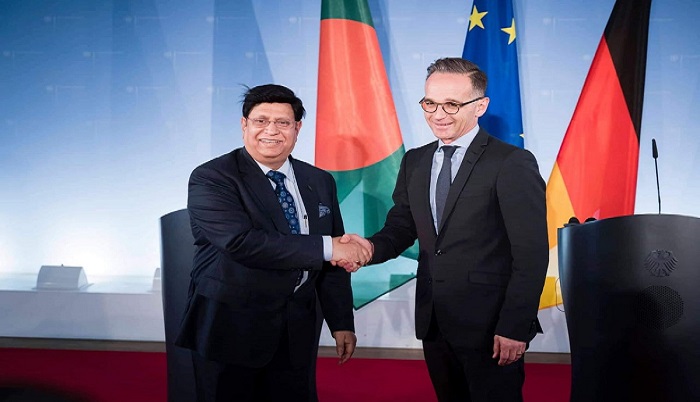 Bangladesh has urged Germany to put pressure on Myanmar so that they can start taking their nationals back, noting that not a single Rohingya has been repatriated over the last two years.

Foreign Minister Dr AK Abdul Momen made the call during his meeting with the German Federal Minister for Foreign Affairs Heiko Maas in Berlin on Friday, a senior official told media after the meeting.

Dr Momen conveyed his German counterpart that Myanmar agreed to take their nationals back from Bangladesh but till today they have not taken a single Rohingya back.

He asked German Foreign Minister Maas to put pressure on Myanmar so that they take their nationals back.

Bangladesh Ambassador to Germany Imtiaz Ahmed was also present at the meeting.

Bangladesh is hosting over 1.1 million Rohingyas and most of them entered Cox’s Bazar since August 25, 2017 amid military crackdown against Rohingyas in Rakhine State.

On Brexit issue, Dr Momen said Bangladesh does not want to see any uncertainty in the developed countries.

He said uncertainty will affect the emerging and small economies that are actively involved with the UK and European Union (EU).