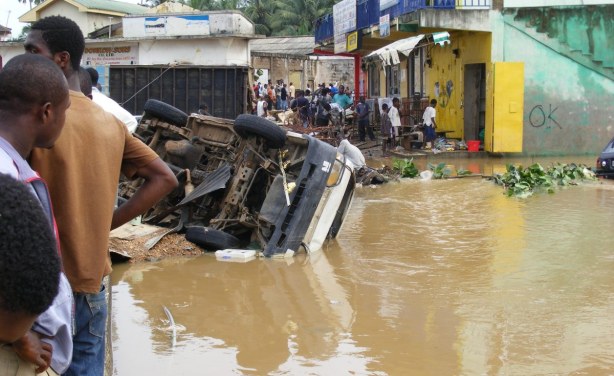 “At the moment the death toll is 28. About 640 people in some six communities have been displaced and we are providing shelters for them,” George Ayisi, spokesman for the National Disaster Management Organisation, told AFP.

“We’ve counted about 286 collapsed houses during this disaster and that is making life difficult for the people.”

Relief items were being transported 800 kilometres (500 miles) by road from the capital Accra to the affected region on the border with Burkina Faso as meteorologists warned the rains could last into November.

“We have to just prepare for anything,” Ayisi said.

So far this year 46 people have been killed in floods in the West African nation, the disaster relief agency said.

Flooding in northern and other parts of Ghana happens each year during the rainy season.

Last year, 34 people died in northern Ghana during flooding caused by heavy rains and waters spilling from a dam in Burkina Faso.