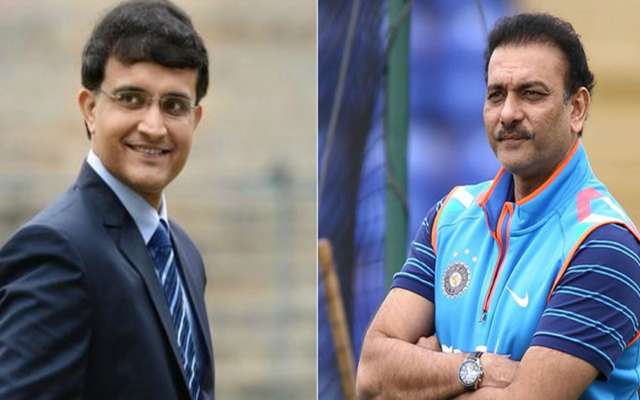 Returning to Kolkata after filing his nomination, Ganguly received a grand welcome. The former captain even held a press conference, where he was asked the question about Ravi Shastri, Daily Hunt reports.

"When a reporter asked Ganguly if he has spoken with Ravi Shastri, he replied, "Why? What has he done now?" chuckling. The former India captain's response has gone viral, especially since the two haven't been on good terms.

Ganguly and Shastri's relationship went downhill in 2016 during the process of appointing India's coach.

Ganguly was part of the Cricket Advisory Committee, along with Sachin Tendulkar and Laxman - they picked Kumble as coach.