Age limit of JL leaders to be discussed on Sunday: Quader 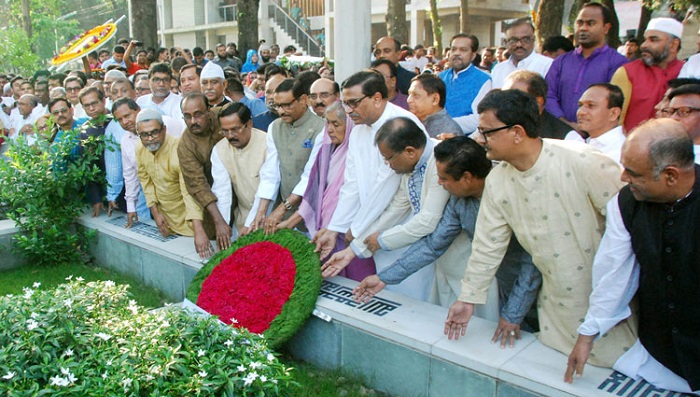 Awami League (AL) General Secretary Obaidul Quader on Friday said his party president and Prime Minister Sheikh Hasina has convened a meeting to decide age limit of Jubo League, to be held at Ganobhaban on Sunday.

He disclosed the information while talking to reporters after placing a wreath on the grave of Shaheed Sheikh Russel on the occasion of his 56th birthday at Banani graveyard in the city.

Quader, also the Road, Transport and Bridges Minister said, “The issue of finalising the age limit to enter Jubo League committee will be discussed during the meeting.”

He called the killing of Sheikh Russel, the youngest son of Father of the Nation Bangabandhu Sheikh Mujibur Rahman, an abominable crimes in the human civilisation’s history.