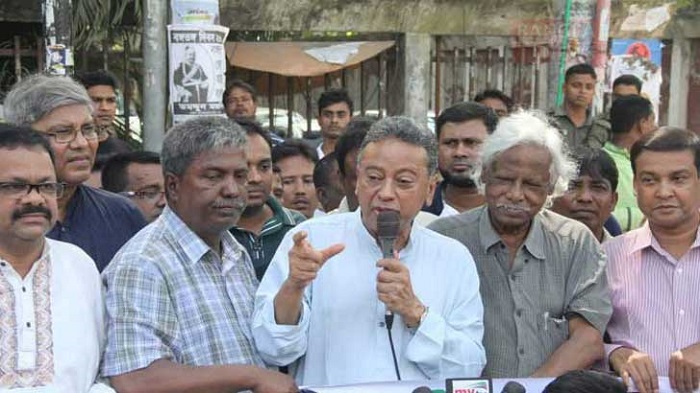 He made the call while addressing a human chain programme organised by Diploma Engineers’ Association of Bangladesh in front of Jatiya Press Club.

The association formed the human chain demanding ‘release of BNP chairperson Khaleda Zia and execution of the killers of Abrar Fahad, a second year student of Bangladesh University of Engineering and Technology (BUET)’.

“Vote hijacking took place in the name of national elections of December 30. People are suspicious about exercising their franchise in the next general elections. The struggle for voting is the burning question to the people now. Here is the need for movement,” Zafrullah Chowdhury said.

“If BNP's alliance with Jamaat-e-Islami remains intact, no movement will be successful. Amir Khasru is now among us in the programme. It is your duty to divorce Jamaat and take to the street forgetting all types of quarrels. People of the country are with you. Both the democracy and Khaleda Zia will be freed if you take to the street divorcing Jamaat,” he told Amir Khasru.