Japanese EZ at Araihazar to be ready for investors in 2021 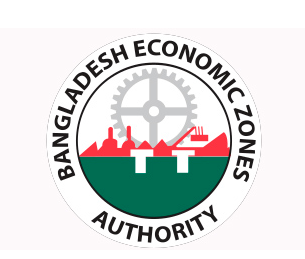 Japanese Economic Zone is expected to be ready for investors in early 2021 as the Bangladesh Economic Zones Authority (BEZA) has already taken all necessary initiatives in this regard.

“Land filing work will be started at end of this year or beginning of the next year. It will take 15 months to complete the land filling work,” Japan International Cooperation Agency (JICA) Bangladesh Office Representative Wataru Osawa told BSS here.

He expected that the land filling work will be completed in early 2021 and then BEZA will start land selling to the interested investors of the economic zone (EZ).

He said Sumitomo Corporation, one of the biggest trading companies in Japan, has been selected as the partner for the EZ and BEZA has signed a joint venture agreement with Sumitomo for establishing a special purpose company (SPC) to develop the economic zone.

Wataru Osawa expected that the company will be established within one month aimed at preparing the EZ by ensuring all facilities for the investors.

He informed that JICA is funding in the EZ under the “Foreign Direct Investment (FDI) Promotion Project” and the project will also finance the Japanese and other FDI companies for their short-term, midterm and long-term capital investment and operations to promote investment in Bangladesh.

Under the project, he said, investors in Japanese EZ, Japanese and Bangladeshi or other foreign joint venture enterprises and Bangladeshi companies which are expected to have more than $1 million of deal with the Japanese firms will get low interest loan.

Wataru Osawa hoped that higher level industries will be set up in the EZ as all sorts of modern facilities will be ensured there.

“Tender process has already been completed. We will appoint a developer soon for land filling,” he added.

The official hoped that the investors at the Japanese EZ would set up planned and environment-friendly industries.

Through establishment of this EZ, he said, planned industrialization would be ensured side by side many new employment opportunities would be created.

After the exchange of visits of the Prime Ministers between the two countries in 2014, the number of Japanese inventors in Bangladesh is increasing day by day. Now, Japanese business community has started to pay attention to Bangladesh as the next destination of investment.

BEZA expressed its hope that the zone will attract US$20 billion worth foreign investments, most of which will be from Japan. BEZA envisages that this investment will play an important role in creating employment and also in transferring technologies to this country. The zone will have an appropriate recycling plant to remove industrial wastes.

BEZA expects that industries from the agro-food, light engineering, chemical, automobile assembly, garments and pharmaceutical sectors will be set up in the EZ. The economic zone is likely to create around 100,000 employments.