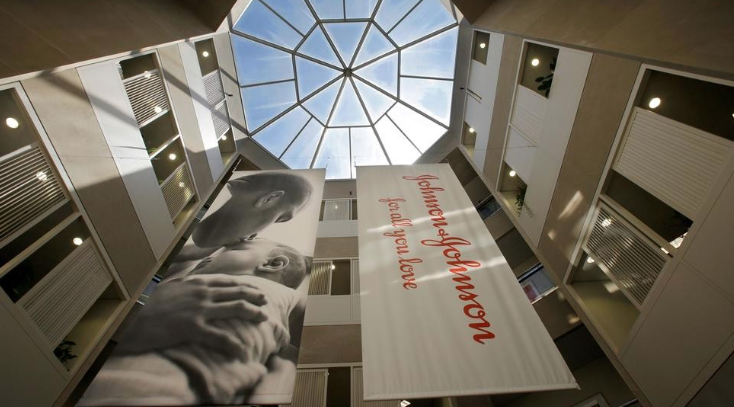 Numerous women who had the once-popular, hammock-like devices implanted claim they caused severe pain, bleeding, infections and other complications.

Johnson & Johnson and its Ethicon surgical products unit reached the settlement with 41 states and the District of Columbia.

The products, also called transvaginal mesh, are a synthetic material surgically implanted through the vagina of women whose pelvic organs have sagged or who suffer from stress urinary incontinence — bladder leakage when they cough, sneeze or lift heavy objects. Such incontinence is estimated to affect 3% to 17% of women and sometimes becomes severe after age 70.

Some of the products are still on the U.S. market, and hundreds of thousands of women have had the devices surgically implanted, according to Yost's office.

An Ethicon spokeswoman noted the settlement doesn't include admission of any misconduct, and said the devices "are considered by many to be the gold standard for the treatment of stress urinary incontinence."

"Ethicon has acted appropriately and responsibly in the research, development and marketing of our transvaginal mesh products," which were launched around the world in 1998, she added.

About 25,000 U.S. women with complications have sued Johnson & Johnson, the company said. Those lawsuits aren't affected by the settlement.

It comes as J&J is swamped with thousands of lawsuits claiming patients were harmed by products including baby powder, opioid painkillers and prescription drugs such as its schizophrenia drug Risperdal. Headlines about the litigation and big jury verdicts against J&J, including an $8 billion punitive award to a young man who grew breasts while taking Risperdal, have depressed J&J's stock price for nearly a year. Most of the verdicts against J&J have been overturned or are being appealed.

The pelvic mesh deal requires the company to cease its claims that surgical technique can eliminate any risks, as well as to disclose a list of risks, including loss of sexual function, mesh eroding into the vagina and the possible need for corrective surgery.

Ethicon said it settled separately with Washington state and has cases pending in California, Kentucky, Mississippi and West Virginia.