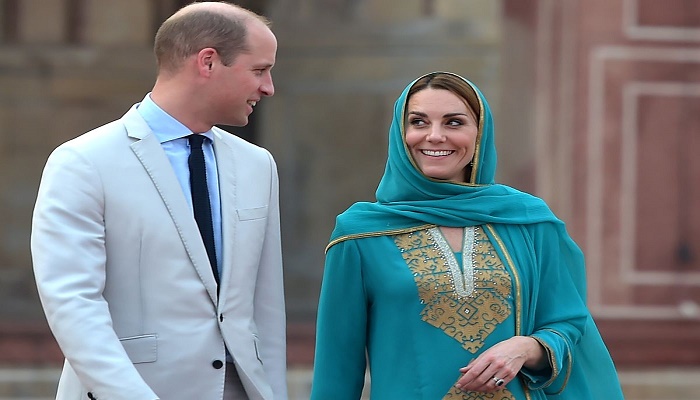 A plane carrying Britain's Prince William and wife Kate has safely landed in Pakistan's capital of Islamabad Thursday evening, hours after two failed landing attempts in bad weather forced them to fly back to the eastern city of Lahore, reports AP.

The delay meant the Duke and Duchess of Cambridge had to reschedule their engagements Friday, the last day of their five-day visit to Pakistan.

According to Britain's Press Association, William and Kate were due to fly over the Khyber Pass bordering Afghanistan in an engagement on Friday, but a "pretty bad storm" saw their flight turn back Thursday evening.

The royal couple's visit to the Khyber Pass has been called off due to lack of time.

The couple arrived in Pakistan on Monday and will return home later Friday.