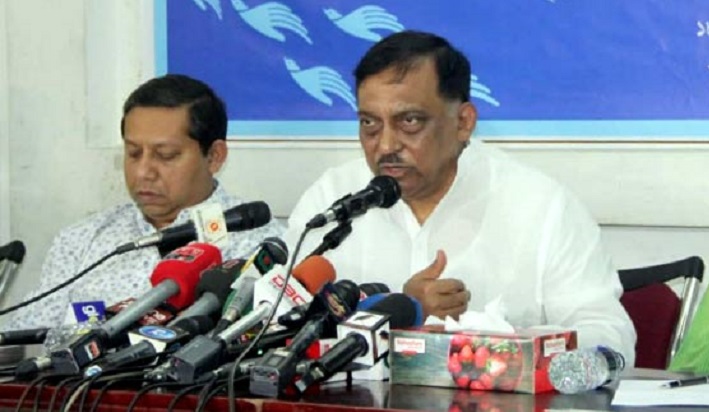 Home Minister Assaduzzaman Khan Kamal on Friday said nothing but misunderstanding plays key role behind the exchange of gunshots between BGB and BSF.

He said, “The relation between Bangladesh and India is very friendly. We are devastated by the tragedy.”

He came up with the statements while talking to reporters after a discussion meeting on the occasion of Shaheed Sheikh Russel’s 56th birthday held at the press club in the capital.

He also said, “It is known to all that ban on Hilsha fishing is in force. When BGB challenged the fishermen while fishing in Padma, it is revealed that they are Indian fishermen. Two fishermen fled the scene to inform BSF about the incident. Being misunderstood, BSF fired bullets. The problem will be dissolved through discussion.”

According to a BGB press release, an exchange of gunshots took place between BSF and BGB men when some BSF members tried to take away an Indian fisherman detained by the BGB for allegedly catching Hilsa fish in the Padma River in Rajshahi on Thursday.

BGB members deputed at Charghat BOP in Rajshahi detained the fisherman while three Indian fishermen boarding on an engine-driven boat were catching Hilsa fish with current net entering about 350 yards inside Bangladesh water in the Padma River.

However, during a flag meeting later on the day following the incident, BSF claimed that one of its jawans was killed and one injured in the incident.