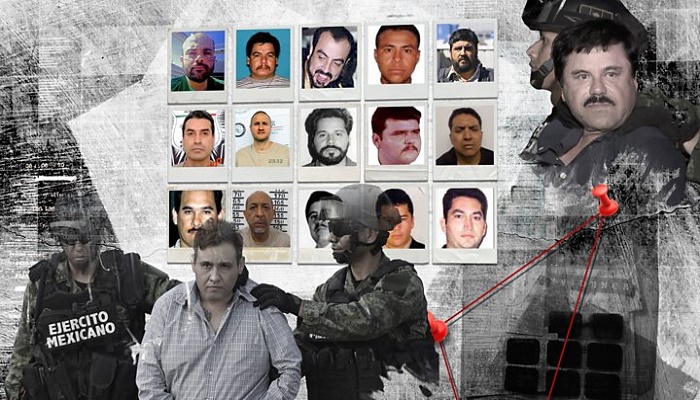 Heavy fighting broke in northern Mexico after the security forces seized one of the sons of jailed drug kingpin Joaquín "El Chapo" Guzmán.

Fighting raged for several hours after Ovidio Guzmán López was found during a routine patrol in the city of Culiacán.

Mexico's security minister, Alfonso Durazo, said a patrol of National Guard militarised police came under heavy fire from within the house where Mr Guzmán was being held, forcing them to retreat for their own safety.

Mr Guzmán was arrested but later released, "to avoid more violence in the area and preserve the lives of our personnel and recover calm in the city", Mr Durazo said.

Mexico's President Andrés Manuel López Obrador said he would hold a meeting of his security cabinet to discuss the incident.

Under El Chapo's leadership, the Sinaloa cartel was the biggest supplier of drugs to the US, officials say.

With El Chapo now behind bars, the cartel is said to be partially controlled by Ovidio Guzmán, who is accused of drug trafficking in the US.

Ovidio Guzmán, said to be in his 20s, is believed to have played a key role in the Sinaloa cartel, following the arrest of his father.

Guzmán, 62, was found guilty in New York of 10 charges, including drug trafficking and money laundering.