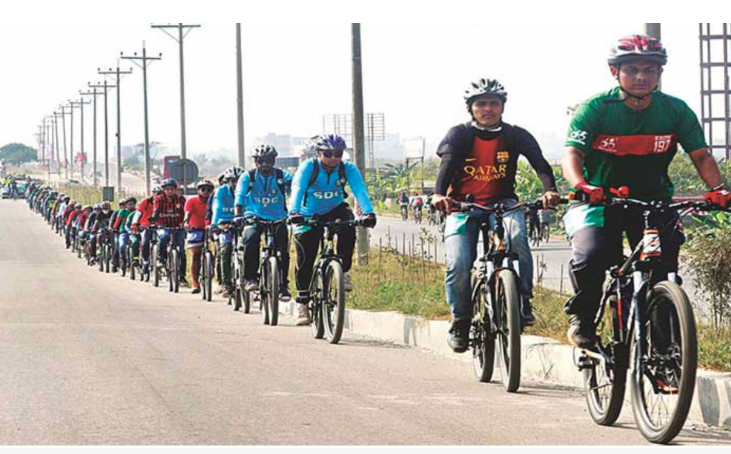 "For a separate space for cycling, work on the exclusive cycle lane is underway at Agargaon. There will be cycle renting facility as well," he said.

DNCC Mayor made the announcement while addressing an anti-drug marathon race in the city's Hatirjheel area jointly arranged by DNCC, JCI and Sportier.

Some 400 contestants participated in the 5-kilometre marathon race titled, 'Run For Breaking Drugs’.

"The young generation will have to overcome the addiction of mobile apps.  They have to come out of their houses and play more," said the DNCC mayor.

"The roads of Uttara are wide but the pavements are getting occupied there as well as the roads...The younger generation should come forward to arrange more programmes like marathon," he said.