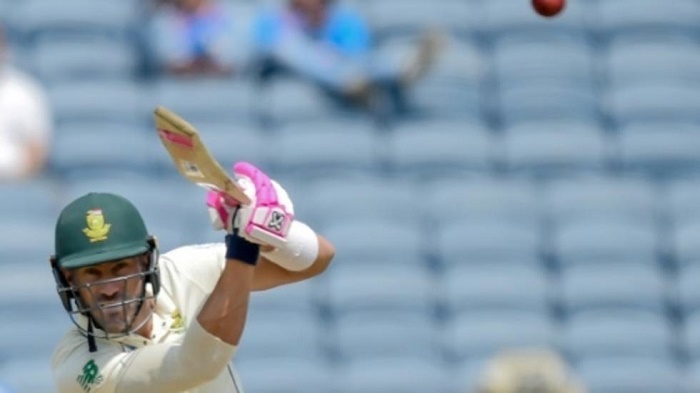 India outclassed the visitors in the first two Tests, sealing the series last Sunday 2-0 with a crushing victory by an innings and 137 runs inside four days.

The Proteas had to play catch-up in both games after losing the toss and allowing India to amass monster first-innings totals of 502 in Visakhapatnam and 601 in Pune.

Du Plessis, heading a young side after Hashim Amla and Dale Steyn hung up their boots, has had a respectable series with one 55 and one 64 but now wants to kick on to three figures.

“The fact that I have done it (scored 50) twice already this series, there is no reason for me not to go and get a big one,” he told reporters.

“That’s a challenge for myself because I understand that sixties is not going to win Test matches for us. I need to bat big like the Indian team has done and score big runs.”

Opening batsman Dean Elgar has been the only standout South Africa performer with his 160 in the first match.

Du Plessis said his side needed to change its mentality to compete against the hosts.

“How can the batsman be hungry for big runs? From the bowling point of view how can we get 20 wickets? We haven’t done that this series,” he said. “If we do those things, we will compete with India.”

India consolidated their number one position in the Test championship table after collecting 80 points from their first two Test wins. The Proteas are in a lowly seventh place.

South Africa were dealt a blow ahead of the final Test after Aiden Markram was ruled out after injuring his wrist lashing out at a “solid object” in Pune.

The incident happened “in frustration” after Markram, who has apologized to the rest of the team, was out for his second duck of the second Test in Pune.

But Du Plessis was guarded on what Markram’s absence meant for the Proteas’ line-up.

“Don’t want to give away too much. We are a making a few changes to the side. The batting order will change,” du Plessis said.