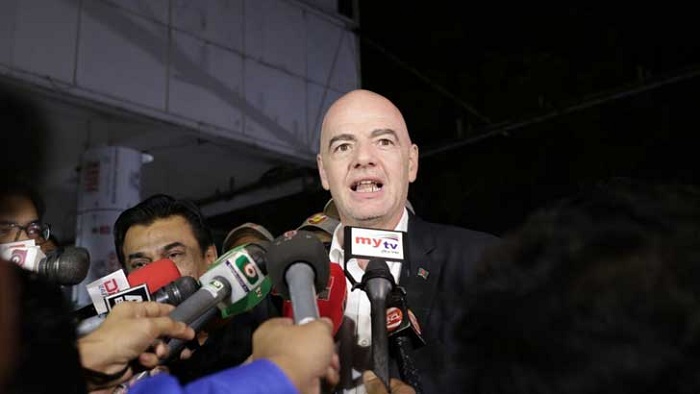 FIFA president Gianni Infantino said the future of Bangladesh football is bright and insisted that it would remain number one sport of the country.

He also vowed that the football governing body would be much more active in Bangladesh football in the coming days.

The FIFA boss arrived in the capital early in the morning and had a meeting with Prime Minister Sheikh Hasina for around an hour at the PM’s Office after which he visited the BFF House at noon to have a discussion with BFF president Kazi Salahuddin. “We discussed about the future development of football in this country and in this region. With the

passion that I can see here, I think the future is bright. We will, as FIFA, be much more actively involved in activities in Bangladesh and south Asia. We will come up with ideas, competitions for youths, for boys and girls, for men’s and women’s, for clubs and the national team,” he vowed.

“We will bring FIFA much closer with football in this part of the world because Bangladesh has 170m people living in this country and I don’t know how many millions abroad. You should be rightly proud for your country which has great culture, history and foods,” added the 49-year old FIFA boss.