Brexit: Johnson in race to win support for deal 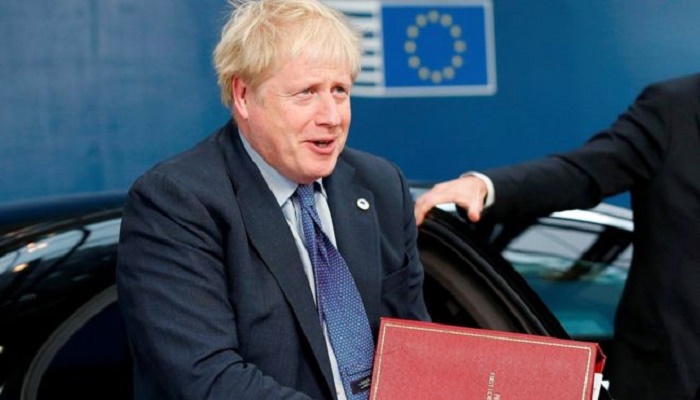 British Prime Minister Boris Johnson will attempt to persuade MPs to back his Brexit deal later ahead of what is expected to be a knife-edge vote in the Commons on Saturday.

Mr Johnson has insisted he is "very confident" MPs will back his deal, reports BBC.

But the DUP's opposition to his plans means he faces a battle to get the agreement through Parliament.

The PM is expected to focus his attention on Labour MPs in Leave-voting areas, a group of Tory Brexiteers, and rebels he expelled from his party.

Conservative Party chairman James Cleverly said conversations with the Democratic Unionist Party would also continue, despite their insistence they would oppose the deal.

Saturday's showdown in the Commons is the prime minister's last chance to get Parliament to approve a deal before the Brexit deadline of 31 October.

If MPs reject his plans, legislation passed by MPs says he must ask the EU for an extension until 31 January 2020 - something he has repeatedly insisted he would not do.