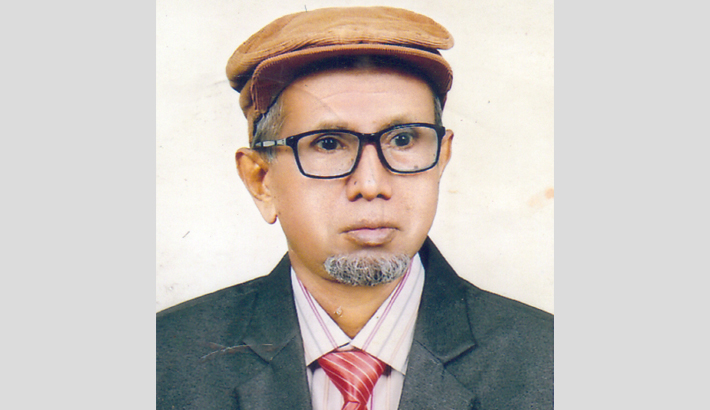 As a senior citizen I always think of my country in perfect consonance with the progressive trend of the world and take immense delight to see that we are not what were in the past as a rising nation of the globe. Before the advent of the present regime, poverty hunger, illiteracy, religious fanaticism, communal disharmony, militancy, insufficiency in food, undue concentration of wealth, financial mismanagement, political instability etc. were the main features of the bygone days in contrast with the present position of the country. Bangladesh has achieved an unimaginable development in various fields that cannot be counted on finger. To mention a few for instance, are ICT, agriculture, garments industry, education trade and commerce, infrastructure, international relation, the tremendous success in combating terrorism and militancy and so on and so forth. There is much advancement and expansion in the education sector which is quite manifest from the establishment of innumerable public and private universities. We have never seen so many PhD scholars in the past in Bangladesh with their great contribution in research. The ICT sector is progressing by leaps and bounds and as such our university students are proving their skills to a great extent. In the present day world, the most important thing for any country is its national prestige of which the Indian citizens feel greatly proud throughout the world. Bangladesh has already made important strides to enhance it. No one can deny the truth irrespective of any party, caste and creed that our Premier’s participation in many international forums, her speeches in the UNGA, relentless support for the stateless Palestinians, diplomatic effort to apprise the world of the urgent need for the solution of the Rohingya crisis and her receiving many international awards for contribution towards peace and prosperity have undoubtedly enhanced the image of Bangladesh in the estimation of the world community.

It is very interesting to note that she made earnest appeal to different countries of the world including India, China, USA, and Saudi Arabia for investment in our country so that there is opportunities for employment, economic growth and development. In this respect, I would like to mention that some of our experts in foreign affairs have made sensible and constructive comments about signing agreement and MoUs with her Indian counterpart Narendra Modi on the 5th of the month. It is a part of the governments’ state policy towards neighbour. No country in the world can avoid maintaining better relation with her neighbour nor can ignore paying the debt of gratitude or the price of defiance and insubordination.

In support of my view, I would like to take the case of Ukraine, Georgia, Syria, Iraq and Libya in to account. Both Ukraine and Georgia were breakaway Republics of Russia. They had to suffer from political instability as a result defying their master. Ukraine is still bearing the brunt of Russian intervention for its pro-west stand. The dictators of Middle East like Saddam Hussein, Bashar al-Assad and Muammar al-Gaddafi could have saved their countries and the innocent peoples from disasters if they tactfully acted in moments of crisis like our Prime Minister Sheikh Hasina. As a successful PM and staunch politician she knows well that Bangladesh has no danger as long as India stands by us as a friend.

So it is useless to cherish anti-Indian sentiment. We have to look upon India as our friend, not a master. It was possible for the Persian poet Hafiz to express his desire to giveaway Samarkand and Bukhara in exchange of a black mole on the chick of his beloved. But it is impossible on the part of the sovereign head of a modern state to sell the interest of the country to a foreign power.

On point I would like add here that we are an emotional nation. We’ve to restrain ourselves from doing anything impulsively that may find a sympathetic cord in every Bangladeshi bosom and create embarrassed condition for the government. If we truly love Bangladesh, we must practise tolerance to free thinking, difference of opinion and creative criticism as democratic norms. Intolerance is the antithesis of civilised outlook. Or we may take as well, Hamlet’s dying request to Horatio,

"If thou didst ever hold me in thy heart

Absent thee from felicity a while,

And in this harsh world draw thy breath in pain

To tell my story".

Anyway, the governments’ primary concern is to reduce crime, fight against corruption in all spheres, anti-social activities like addiction to drug and smuggling. Other concerns include alarming growth of population, unemployment among the youths, the gap between the rich and the poor and keeping watch so that the price of certain goods may not soar up. The authority concerned had to struggle hard to control dengue which spared like an epidemic. Our government is aware of these concerns and is sincerely working to solve them.

But, the biggest of all concerns is the Rohingya crisis. Despite the PM’s clarion called and fervent request to the UNO and all its members’ states, no tangible action has yet been taken in this regard. We’re very upset at the comment of the UN resident coordinator that the international community failed to solve the Rohingya crisis. So, the Rohingyas have no option but to live in Bangladesh. Their fate will be just like the homeless Palestinians living in Labanon, Jordan, Syria and other parts of the world. Bangladesh government is bent upon resolving the crisis but Myanmars’ reluctance and in-cooperation stand as a stumbling-block. However, the PM’s India tour has opened a new era of good relation and bilateral ties between the two countries and they have agreed in principles in a joint statement to work together with the crisis. We hope that India as a big neighbour will exert considerable influence on Myanmar for the repatriation and rehabilitation of the refugees.

In addition to this, Bangladesh was much worried whether the Bangla speaking Muslims whose names have been dropped from the list of National Register of Citizens (NRC) in Assam would be pushed to our country. Indian Home Minister Amit Shah and other big-wigs of the BJP were in favour of sending them to Bangladesh. As there was no reference to NRC in the joint statement, some critics signalled unnecessary fear. In this context our PM deserves cordial thanks for giving clarification to the nation in a news conference in the Ganabhaban that she has been assured that it would not be a matter of concern for Bangladesh. Moreover, as regards her signing of agreement and MoUs, she gave clear explanation and said, "What I do, I do for the welfare of the people". So, we’ve no cause for anxiety for the time being.

Bangladesh is a country of high potentials and rich prospects. It is rich in mineral, natural and human resources. If we can train up our vast population with knowledge, skill, and modern technology, they will be our great asset to yield mass to our national income in the form of foreign exchange earnings. The current trend of enviable development will take the country to the position of Singapore, Malaysia and South Korea within a few years. The government should make high level of inclusive diplomacy so that the aforesaid concerns may not thwart and overshadow our pace of progress.

And finally, we’re very indebted to Bangabandhu for giving us Bangladesh. Now, we have to finish the job of transforming it into Sonar Bangla, following his noble ideals.