BGB, BSF both probe into firing incident from respective sides 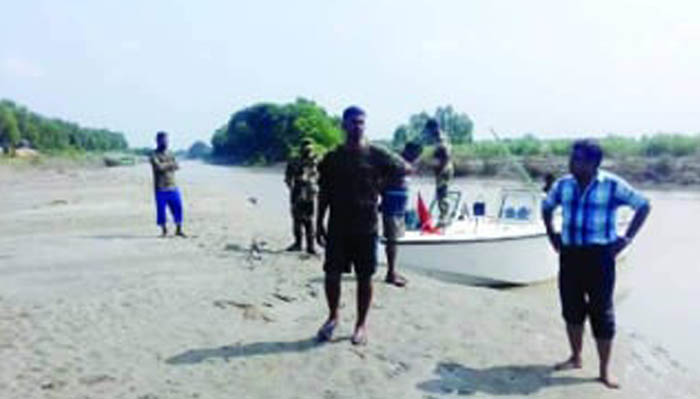 Border Guard Bangladesh (BGB) and Indian Border Security Force (BSF) have agreed to hold further flag meeting after completion of investigations on the incident of exchanging gunshots between members of two forces in the Charghat border area of Rajshahi on Thursday morning.

The decision was taken in a peaceful flag meeting between Commandant of Rajshahi Battalion BGB and the Commandant 171 BSF Battalion on Thursday evening, said a press briefing issued by the BGB.

However, during the flag meeting, BSF claimed that one of its jawans was killed and one injured in the incident.

At the meeting, both sides agreed to investigate the matter from their respective positions and take action. Also, the two sides have agreed to hold the flag meeting again for further discussion on this issue.

According to the BGB press release, the exchange of gunshots took place between BSF and BGB men when some BSF members tried to take away an Indian fisherman detained by the BGB for allegedly catching Hilsa fish in the Padma river in Rajshahi.

BGB members deputed at Charghat BOP in Rajshahi detained a fisherman while three Indian fishermen boarding on an engine-driven boat were catching Hilsa fish with current net entering about 350 yards inside Bangladesh water in the Padma River.

BGB members, Field Assistant Abu Raihan of Upazila Fisheries Department along with two other assistants were there to inspect the area as a part of the Mother-Hilsa Conservation Expedition.

After some time, four members of BSF 171 Battalion from Kagmari BOP boarding on a speedboat entered about 650 yards inside Bangladesh water in the mouth of the river Baraal near Nalughat area of Charghat upazila violating border law.

BGB claimed that one of them was in BSF uniform and three others were wearing half pants and T-shirts and they were carrying firearms.

The BSF members tried to take away the detained Indian fisherman.

In reply, BGB men told them that they would return the fisherman along with four BSF men through flag meeting as they all entered Bangladesh illegally.

Hearing that the BSF men started firing in fear and fled away to inside India turning the speedboat in rush.