Peace to be maintained in CHT at any cost: Home Minister 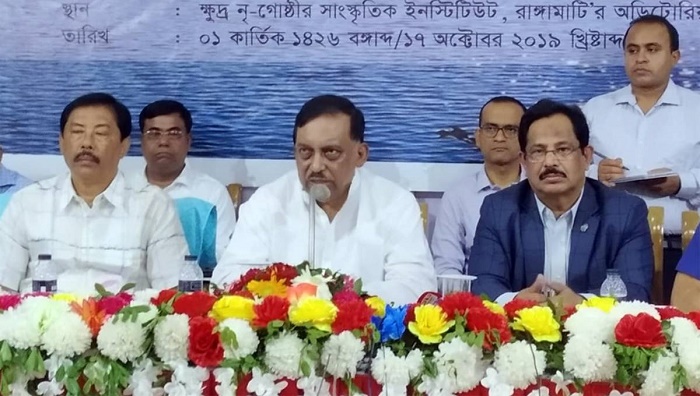 Home Minister Asaduzzaman Khan on Thursday issued a strong warning that those who are involved in bloodletting and extortion in hills will face stern actions as the government is committed to restoring peace in the Chattogram Chittagong Hill Tracts (CHT) at any cost.

“The government is working to maintain peace in the hilly areas. Peace will be ensured here at any cost,” he said while addressing a discussion meeting on law-and-order situation of the three hill districts.

The minister further said, “Those who indulge in extortion, murder and terrorism in the hills await terrible days ahead. We’ll surely find out all those are involved in terrorism, and no one will be spared from the hands of law enforcers.”

Even, he said, those who are backing the terrorists will be put on trial with the help of local people.

The Home Minister said the CHT is a unique place in the world for its natural beauty while people have long been living in the region maintaining communal harmony. “It’s not expected that unrest will be instigated here for a handful of people.”

He said they will take every necessary measure to improve the law-and-order situation in the region following the directives of Prime Minister Sheikh Hasina. “The people of the region want peace…the Prime Minister will do whatever is necessary to maintain peace here.”

Stating that law enforcers are now very skilled and powerful enough in tackling any challenge, Asaduzzaman said extortion and showdown of illegal arms will be brought to an in the CHT.

He also said the Prime Minister has announced a ‘zero-tolerance policy’ against narcotics, and the law enforcers are working to implement it.