‘You have to ask Modi ji and Pakistan PM’: Sourav Ganguly on India-Pakistan cricketing ties 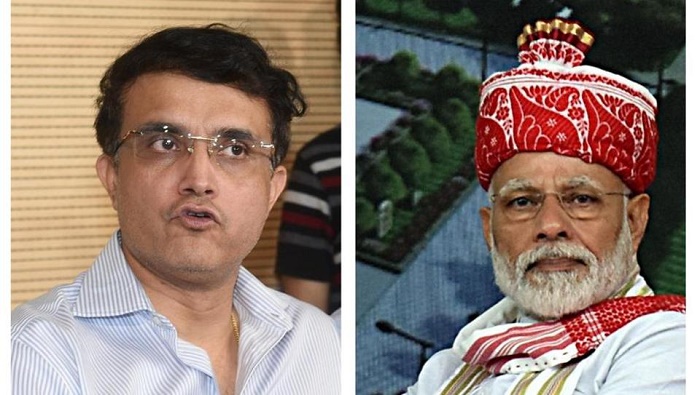 Former India captain Sourav Ganguly, who will take charge as BCCI’s next president on October 23, has said that resumption of bilateral cricket ties with Pakistan can only take place after the permission of the Indian government. The former captain said that the decision could be taken by the prime ministers of the two countries: Narendra Modi and Imran Khan. Incidentally, Imran is also the patron of the Pakistan Cricket Board (PCB).

“You have to ask that question to Modi ji and the Pakistan Prime Minister,” Ganguly said at a media briefing in Kolkata on Tuesday. “Of course we have (to take permission), because international exposure (tours) is all through governments. So we don’t have an answer to that question.”

The last time India and Pakistan featured in a bilateral series was in late 2012, when India hosted Pakistan for a limited-overs series which had two T20Is and three ODIs.

Before the World Cup, the BCCI had written a letter to the ICC in which they had asked the global body “to sever ties with countries from which terrorism emanates”. That letter was sent by the Committee of Administrators (CoA). The BCCI and CoA had shot this email as a reaction to the terror strikes in Pulwama in Jammu and Kashmir in which more than 40 paramilitary troops were killed.

“If we don’t play Pakistan (in the World Cup), we lose one point, two points, and that doesn’t matter. But suppose Pakistan comes up in the semi-final and we withdraw. Isn’t that shooting yourself in the foot? We would be closing avenues for ourselves. Which, I thought, was an incorrect move. So I said, rather than shooting ourselves in the foot, let’s isolate them,” CoA chief Vinod Rai later said in an interview clarifying BCCI’s stand.