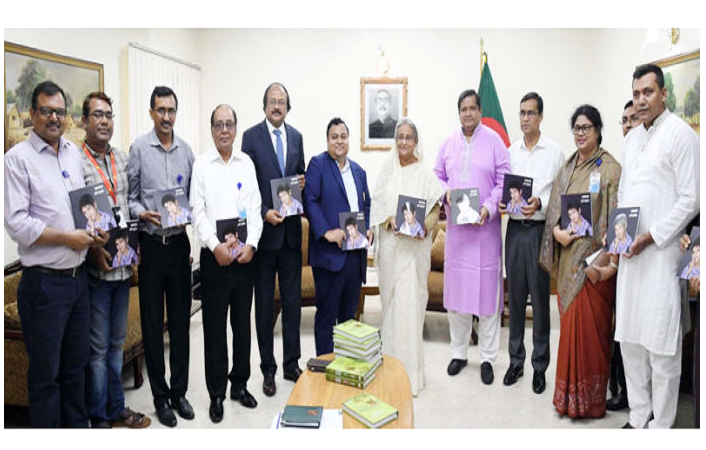 The prime minister unwrapped the cover of the book titled “Hridoy Majhe Sheikh Russel” (Sheikh Russel in the hearts) at a ceremony at her office here this noon.

Joyeeta Prokashoni has published the book paying respect to the memory of Sheikh Russel on the occasion of his 56th birthday tomorrow.

In the 92-page book, nearly 100 photographs, most of them are rare, have been placed.