Quader wishes to dedicate rest of life for countrymen 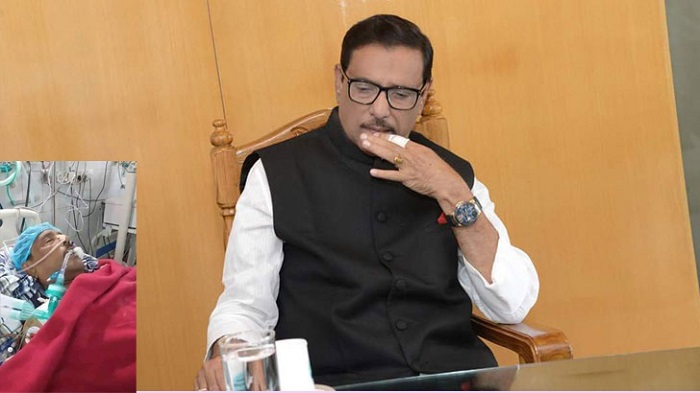 Wishing to dedicate his life for the sake of countrymen, Road, Transport and Bridges Minister Obaidul Quader on Thursday said he has returned miraculously as he narrowly escaped death following a cardiac attack last March.

He made the remarks while talking to reporters at visitors’ centre of service area-1 of the Padma Multipurpose Bridge at Srinagar in Munshiganj district.

Quader, also the general secretary of the ruling party, said, “The overall progress of different works of the Padma Bridge is at 84 percent at present.”

“The construction work of the bridge will be completed within June 2021,” he added.

On March 3, the Awami League leader was admitted to Bangabandhu Sheikh Mujib Medical University (BSMMU) hospital following breathing complications. He was diagnosed with three blockages in his coronary artery after medical tests.

Later, Quader was flown to Singapore for better treatment on March 4. He underwent a bypass surgery there on 20 March.

He returned home on May 15 after receiving medical treatment there.