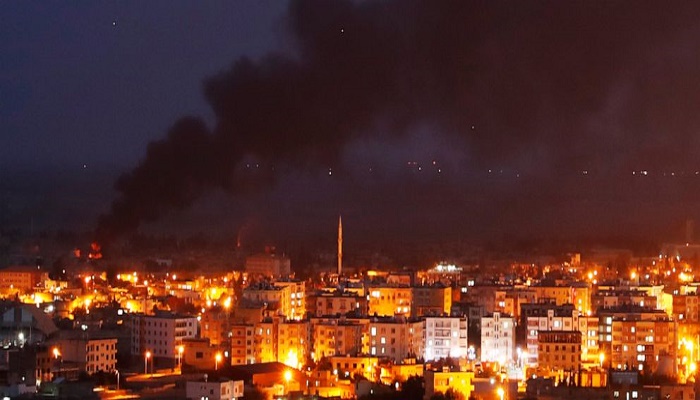 The US President Donald Trump approved a deal between the Syrian Kurdish-led forces, Russia and the Syrian government in Damascus to protect against a Turkish offensive in northeastern Syria.

The commander of the Kurdish-led forces, Mazloum Abdi, said Trump essentially gave the go-ahead for the deal in a phone call Monday, reports AP.

US Vice President Mike Pence, heading a US delegation that includes US Secretary of State Mike Pompeo, is set to arrive in Turkey Thursday afternoon, aiming to press Turkey to accept a cease-fire in its offensive.

The Kurds' deal, announced Sunday, came after Trump ordered US troops to step aside as Turkey launched its attack last week.

Under the agreement, forces of Syrian President Bashar Assad effectively replace the US troops on the ground in the border areas, with Moscow guaranteeing the deal.