Markram ruled out of 3rd Test against India with fractured wrist 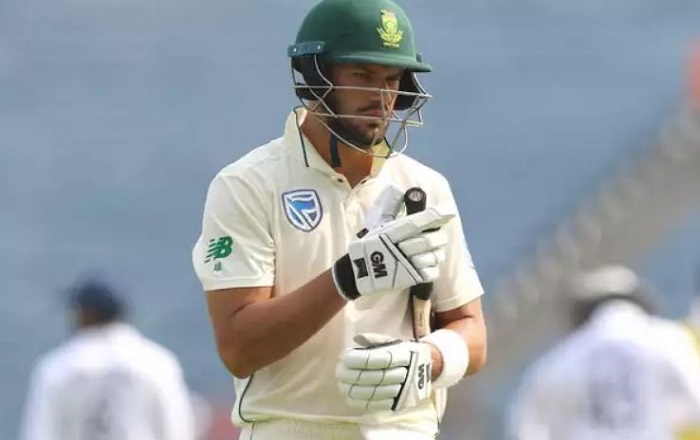 South Africa opener Aiden Markram has been ruled out of the third and final Test against India, starting from October 19 in Ranchi. The opening batsman suffered an injury to his right wrist during the Pune Test last week.

Markram's unavailability has compounded South Africa's woes, who have already surrendered the series 2-0 and have also lost lead spinner Keshav Maharaj to an injury.

The only two reserve batsmen on the bench - Zubyr Hamza and Heinrich Klaasen - are both middle-order batsmen. An out-of-sorts Temba Bavuma might be pushed to the top of the order, where he has batted in just one out of the 38 Tests he's played thus far - coincidentally in India [New Delhi Test, 2015].

"A CT scan of Aiden Markram's wrist showed a fracture involving the wrist bones. The medical team has therefore ruled him out of the next Test match against India. Arrangements have been made for him to see a specialist on his return to South Africa for further management of the injury," South Africa team doctor Hashendra Ramjee said.

Markram is said to have sustained the injury due to a show of frustration upon his dismissal in the second innings in Pune.

Markram headed into the India series with a truckload of confidence thanks to his twin hundreds - one for South Africa A and one in the warm-up match before the first Test - but has failed to put in impressive performances in the two Tests since. After scores of 5 and 39 in the first Test in Vizag, Markram was dismissed for a pair in Pune, after which he is said to have 'lashed out at a solid object' which resulted in the injury.

An apologetic Markram, who is already on his way home, said he's learnt from this misadventure of his, taking full accountability of the situation.

"It's sad to be going home on this note and I completely understand what I've done wrong and take full accountability for it. It's unacceptable in a Proteas environment and to let the team down is what hurts me the most. I've learned a lot from this and the other players I'm sure, have learned from it as well.

"We understand in sport that emotions run high and sometimes the frustration gets the better of you as it did for me, but like I said, it's no excuse. I've taken full responsibility for it, I have apologized to the team and hopefully I can make it up to them and the people of South Africa soon," Markram said.