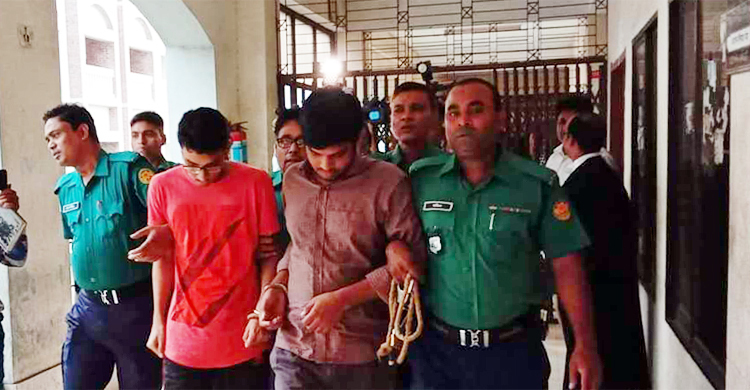 Dhaka Metropolitan Magistrate Abu Sayeed first put Tanvir and later Amit Saha on three-day remand as investigation officer (IO) and detective branch (DB) inspector Wahiduzzaman produced the accused one after another before court and pleaded to place them on seven-day remand each.

The court also sent another accused Hossain Mohammad Toha to jail as the IO produced him before the court after end of his five-day remand.

Bangladesh University of Engineering and Technology (BUET) students and the varsity authorities found seemingly lifeless body of Abrar, 22, on first-floor stairs of Sher-e-Bangla Hall and rushed him to Dhaka Medical College Hospital (DMCH), where doctors declared him dead at around 6.30 am.