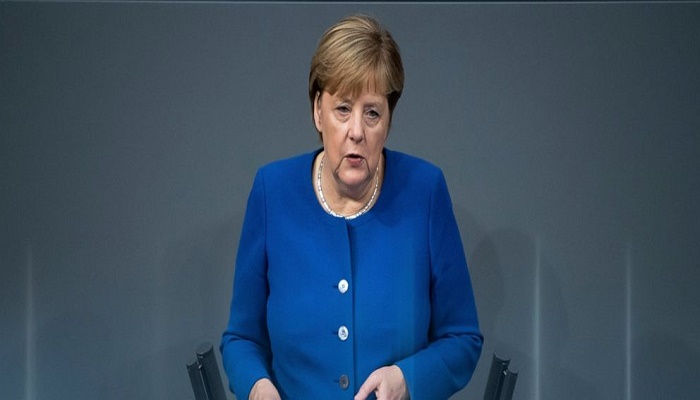 German Chancellor Angela Merkel has again called on Turkey to stop its military offensive in Syria.

Merkel said in a speech Thursday in parliament that the offensive "makes tens of thousands, among them thousands of children, flee."

She says it strengthens the role of Russia and Iran in the region."

Merkel says both the Middle East and Europe are being made to feel insecure because prisoners of the Islamic State extremist group are no longer being adequately guarded by Kurdish-led forces, reports AP.

Those forces are now diverting their attention to the Turkish invasion.

Syria's Kurdish fighters have allied with the US since 2014 to fight IS militants.

Merkel also reiterated that Germany will not deliver arms to Turkey.