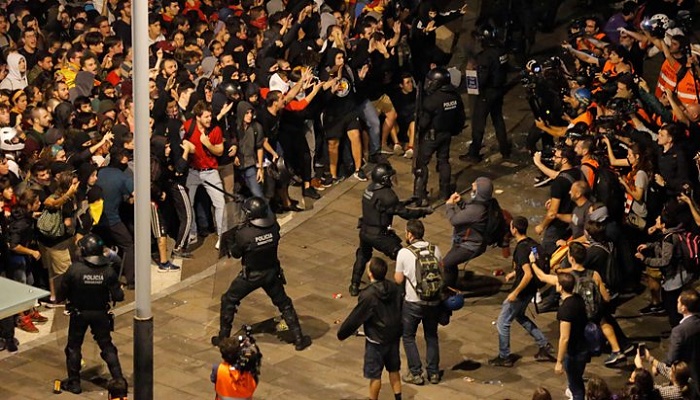 The president of Spain's Catalonia region has called for an immediate halt to violence, as protests continued for a third night.

"We condemn violence... This has to stop right now," Quim Torra said.

On Wednesday, protesters set up burning barricades and hurled projectiles at police in Barcelona, the capital of the autonomous region in the north-east, reports BBC.

Protesters have reportedly been using an app known as Tsunami Democratic, which directs them to protest sites in Catalan cities.

The Spanish authorities say they are investigating who is co-ordinating the disruption.