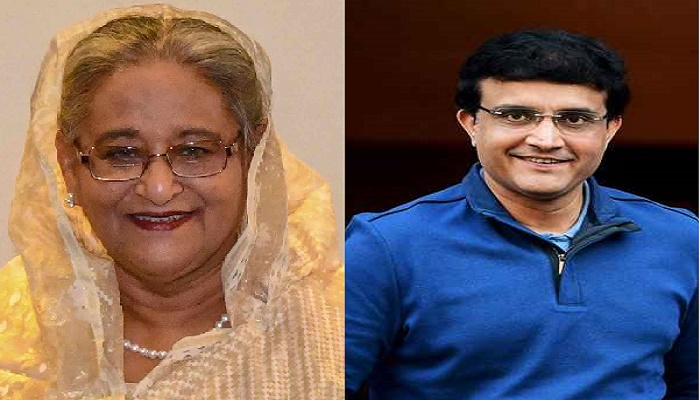 President of Cricket Association of Bengal (CAB) Sourav Ganguly, who is going to take over the control of the BCCI, has invited Prime Minister Sheikh Hasina to become the witness of upcoming India Vs Bangladesh cricket test match, to be held at the Eden Gardens from November 22 to 26.

If all goes as per plan, the Kolkata Test at the Eden Gardens could see the Prime Ministers of the two countries in attendance.

Invites have been sent by the Cricket Association of Bengal (CAB) to both the Prime Ministers to grace the historic occasion when Bangladesh play their first Test at the historic ground in the City of Joy, reports Indian news agency IANS.

Now with the CAB President Sourav Ganguly taking over the control of the BCCI -- for the next 10 months -- there could be more surprises in store for the cricket crazy people of the city.

This apart, the state-of-the-art indoor training facility that is being constructed at the Eden Gardens is also expected to be inaugurated during the second Test between India and Bangladesh.