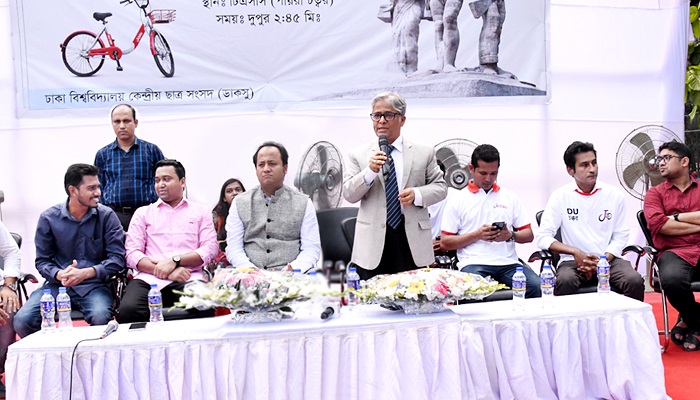 One month after expulsion from the general secretary post of Bangladesh Chhatra League (BCL), Golam Rabbani, the DUCSU GS, returned to the campus joining an event at the DU Teacher Student Centre (TSC) on Wednesday.

VP Nur was seen sitting next to Rabbani and was laughing while talking to each other at the JoBike inauguration event.

At that time, many student leaders, including DUCSU Vice-President Nurul Haque Nur, had suggested that Rabbani should resign from the union as well.

Rabbani was not seen in public for weeks after his expulsion from BCL. He skipped the September 26 meeting of the union.

He returned to the campus on October 2 to attend a BCL event commemorating its late general secretary Abdul Wadud Khokon.

After another break, he came to the campus on Tuesday. A statement signed by him mourning the victims of the October 15, 1985 collapse of the Jagannath Hall was also issued.