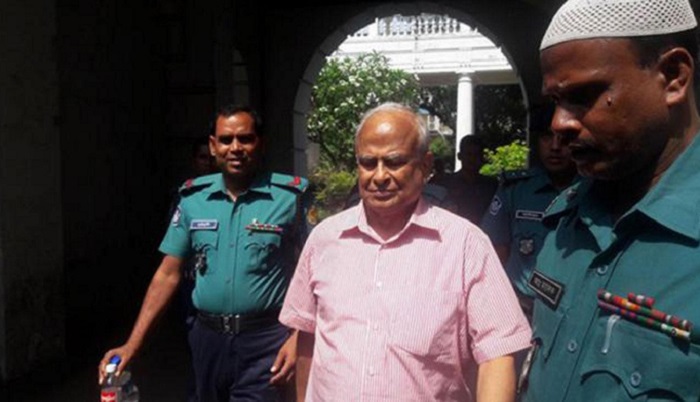 The International Crimes Tribunal (ICT) on Wednesday framed charges against Oahidul Haque, former acting Director General of National Security Intelligence (NSI), for his involvement in crimes against humanity during the Liberation War.

The three-member tribunal, led by Justice Md Shahinur Rahman, passed the order fixing November 24 for the formal trial to begin with the deposition of witnesses, said Ziad Al Malum, prosecutor of the tribunal.

Soon after the ICT issued a warrant for his arrest on April 24, 2018, Oahidul was arrested from his residence in the capital.

The investigation agency of the tribunal looked into the allegations against him and brought three charges.

According to them, Captain Oahidul Haque, the Adjutant of the 20 Cavalry Regiment in the Rangpur Cantonment during the Liberation War, set machine guns in four military vehicles and opened fire over the areas adjacent to the cantonment on March 28, 1971.

He had also set fire to houses of the area. The incident had left around 500-600 pro-independence Bangalees dead and many others injured.

Later, the bodies of the massacred people were burnt after dousing gasoline on them and were dumped.

Md Matiur Rahman, an investigation officer of the case, completed the investigation on October 30, 2018. A total of 54 people were made witnesses in the case.