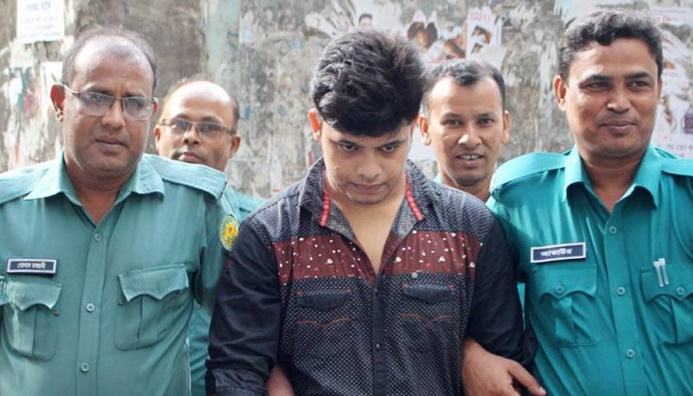 ASM Nazmus Sadat, one of the accused in the Abrar Fahad murder case, on Wednesday claimed that he called the Buet student to room No-2011 of Sher-e-Bangla Hall after being instructed by senior BCL leaders.

He also claimed that he did not beat Abrar. “I just called him out from his room as I was instructed by senior brothers (Bangladesh Chhatra League leaders of Buet unit),” he said.

Asked by reporters whether he wanted to say anything before the remand hearing with a court, the FIR-named accused said the BCL leaders beat Abrar in a group and he was at the room till midnight. “I returned to my room around 12 midnight.”

On October 15, detectives arrested him from Katlabazar in Birampur upazila of Dinajpur district while trying to flee the country.

Abrar Fahad, 21, a second-year student of electrical and electronic engineering of Buet, was beaten to death reportedly by BCL leaders at the dormitory. He was found dead on the staircase of the hall in the early hours of October 7 after he was taken to the room No-2011 around 8pm on October 6 and beaten mercilessly.