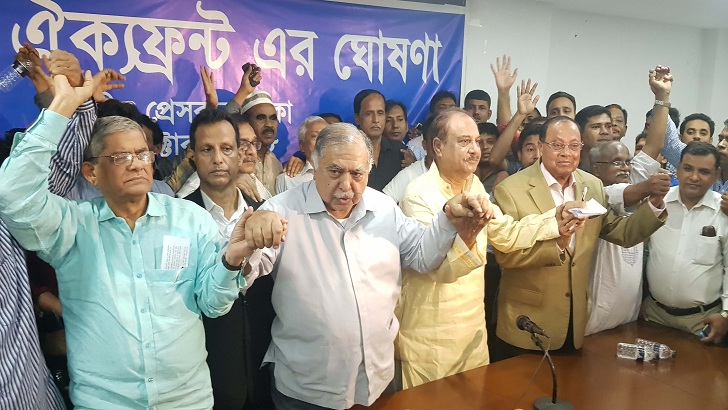 Jatiya Oikya Front will hold a civil rally at Suhrawardy Udyan in the capital on Tuesday to protest the killing of Bangladesh University of Engineering and Technology (BUET) student Abrar Fahad.

Dr Reza Kibria, General Secretary of the Gano Forum, announced the programme while talking to newsmen after the meeting of the Steering Committee of the Oikya Front on Wednesday, according to media report.

He said that at the initiative of Oikya Front, a civic rally will be organised at Suhrawardy Udyan at 3:00pm on October 22. People from all walks of life have been urged to attend the rally.

Abrar Fahad, a 2nd year student of Electrical and Electronic Engineering (EEE) Department of BUET, was beaten dead at Sher-e-Bangla Hall of BUET in the early hours of October 7.