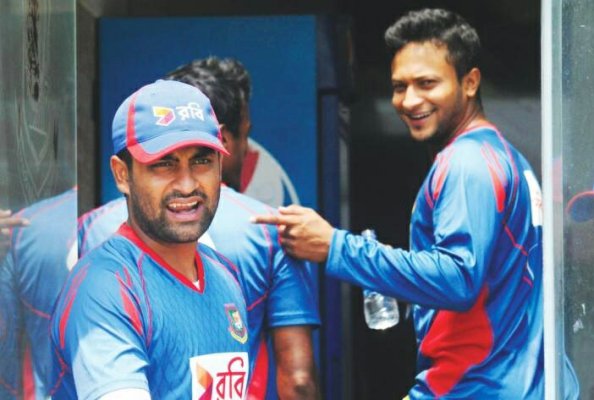 Shakib Al Hasan and Tamim Iqbal were among eleven Bangladesh players to have registered for England Cricket Board’s (ECB) inaugural draft for the Hundred tournament.

Both Shakib and Tamim entered with a reserve price of £100,000 alongside other star names such as Andre Russell, Glenn Maxwell, Rashid Khan, Sandeep Lamichhane, Kane Williamson, Dwayne Bravo, Sunil Narine and Kieron Pollard.

The England and Wales Cricket Board (ECB) announced Australian duo Steve Smith and David Warner and West Indies opener Chris Gayle are among the most expensive players listed in Sunday’s draft for the new domestic tournament The Hundred.

The Hundred is a new competition in which eight freshly formed teams, representing seven cities from around the UK, compete against each other. Each team has both a men's and women's side.

In an effort to attract more families to the game, the competition will be played in the school summer holidays - from 17 July to 16 August, 2020. Teams will play each other once, apart from their paired 'rivals', whom they meet twice (home and away). There will be 32 league matches in total, with the top three finishers competing in the Finals Day (top team automatically reaches the final, with second versus third for the other spot in the final).