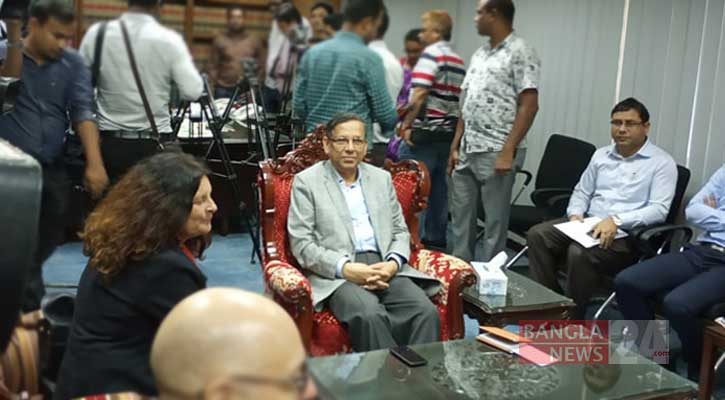 The minister said these while talking to newsmen after coming out of a meeting with a European Union delegation at his secretariat office.

Anisul said the probe in this case is going on and the most of the accused have been arrested. Of them, many have already confessed their crimes, he added.

Bangladesh University of Engineering and Technology (BUET) students and the varsity authorities found the seemingly lifeless body of Abrar, 22, on the first-floor stairs of Sher-e-Bangla Hall and rushed him to Dhaka Medical College Hospital (DMCH), where the doctors declared him dead at around 6.30 am on October 7.