5th session of 11th JS will start on November 7 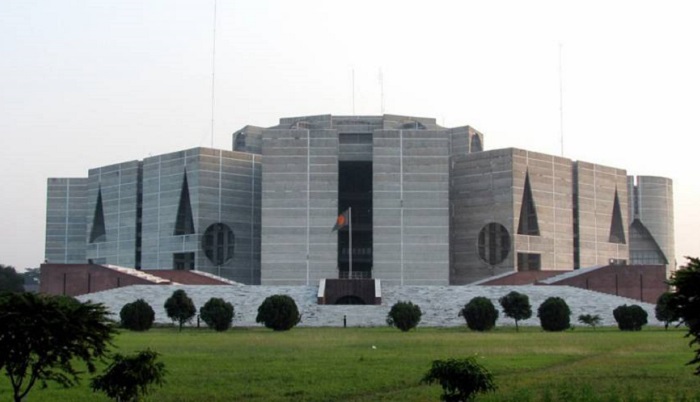 The fifth session of the eleventh Jatiya Sangsad will begin on November 7 (Thursday).

President M Abdul Hamid convened the session exercising his power bestowed upon him by Article 72 (1) of the constitution, according to a press statement issued on Wednesday (Oct 16).

The statement said the session would begin at 4:15 pm on Thursday (November 7).

Prior to the start of the session, the business advisory committee of parliament will usually meet with Speaker Dr Shirin Sharmin Chaudhury in the chair to fix the duration and businesses of the coming session.

Speaker Dr Shirin Sharmin Chaudhury read out the prorogation order of the President of the fourth session of the 11th Parliament at 9.26 pm.

This very short session in its four working days saw the passing of one bill and five bills were placed.

The session got 158 notices under Section 71 of the Rules of Procedure. Of those, 3 notices were accepted and were discussed in the House.

Besides, 30 notices were discussed for two minutes under Section 71 (A) of the Rules of Procedure.

A total of 70 questions were received for the Prime Minister, of which she responded to 18 questions along with supplementary ones.

The session received a total of 1,553 questions for different ministers, state ministers and deputy ministers, and they replied to 452 questions, including supplementary ones.

Earlier, Leader of the House and Prime Minister Sheikh Hasina and Leader of the Opposition Raushon Ershad gave their valedictory speeches.