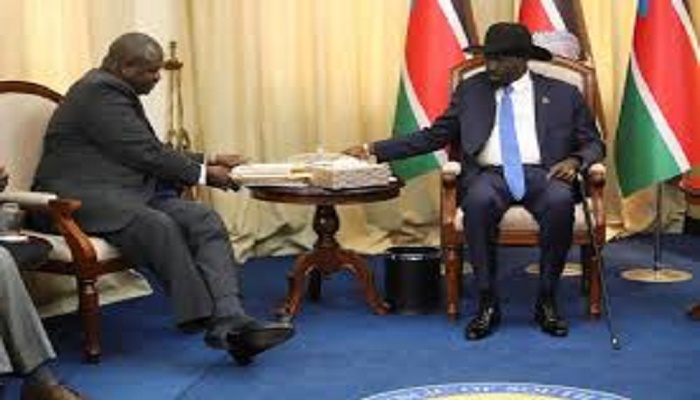 South Sudan's fragile peace deal is faltering less than a month before the country's president and armed opposition leader are meant to form a coalition government and begin the long recovery from a five-year civil war.

Some doubt it is safe enough for opposition leader Riek Machar to return to the country by November 12, when he would again serve as President Salva Kiir's deputy, an arrangement that has collapsed in fighting more than once, reports AP.

Machar won't return unless security measures are in place, including a 3,000-member force for his protection, said the opposition's deputy chairman, Henry Odwar.

Two key factors must be resolved before Machar's return. Opposition and government soldiers must be brought together into one national army. At least 42,000 troops, or about half of the new unified forces, need to be ready — along with the 3,000-member force for Machar.

The integration process has been sluggish while food, shelter and medicine are lacking.