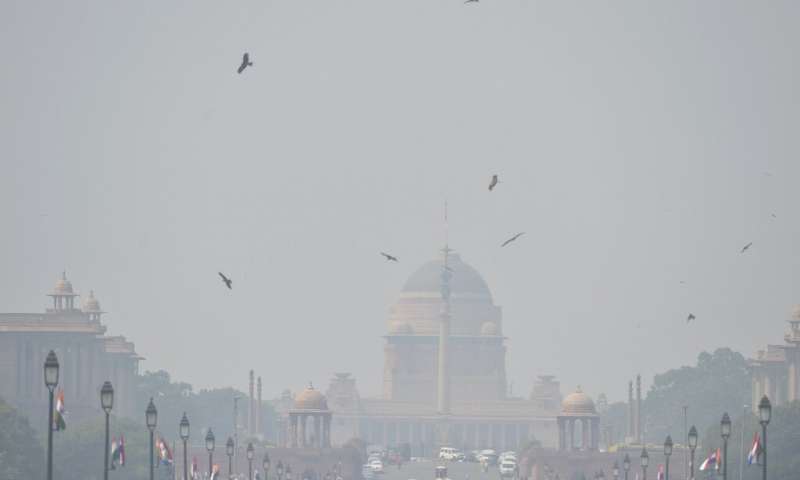 New Delhi banned the use of diesel generators on Tuesday as pollution levels in the Indian capital exceeded safe limits by more than four times.

Every winter, New Delhi is enveloped in a noxious blanket of smog of car fumes, industrial emissions and smoke from stubble burning at farms outside the megacity of 20 million people.

The ban on generators is part of the Graded Response Action Plan (GRAP) that entered into force on Tuesday.

Other measures that will come into effect as smog levels rise, particularly following the Diwali festival in late October, include banning trucks and setting up a “war room”.

From November 4-15, a road-rationing scheme will come into force, meaning cars with odd and even plates would be allowed on alternate days in that period.

“We will hand out anti-pollution masks to schoolchildren next week but the date is yet to be decided,” the official told AFP.

Indian authorities have also sought to reduce the burning of stubble by farmers in areas surrounding Delhi.

According to government data, concentrations of particles measuring less than 2.5 microns across—which can penetrate the lung barrier and enter the blood—hit 108 micrograms per cubic metre on Tuesday.

This was more than four times the recommended World Health Organization safe daily maximum of 25. In previous years, the level has regularly exceeded 400.

Last year, a UN report found 14 of the world’s 15 most polluted cities were in India, with one US study saying it kills a million people prematurely every year.