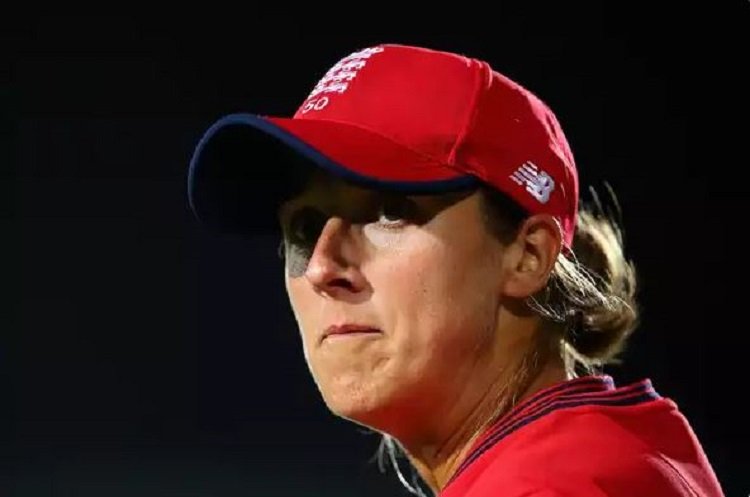 Jenny Gunn has decided to call it a day at the international level, ending her career as the second most capped England player in the history of the women's game, with 259 international games under her belt over a career spanning 15 years.

"I have made one of the hardest decisions and decided the time has come to retire from international cricket. I started as a young kid playing the game I loved for fun and I could only dream of becoming a professional cricketer," Gunn was quoted as saying by the ECB.

The high points of her career have been the triad of World Cup triumphs, and five Ashes series wins. Gunn debuted at the age of 18 for England in 2004, against South Africa, in England's first ever T20 international match. Gunn, in fact, was the first cricketer - male or female - to play 100 T20Is. She ends her career as England's third-highest T20I wicket-taker and the second-highest in ODI cricket.

Gunn was also the vice-captain of the limited-overs side between 2010 and 2014, and led the side three times in the absence of Charlotte Edwards who, incidentally, happens to be the only female cricketer with more England caps than Gunn.

Gunn reflected on her long and distinguished career at the top and rates her World Cup medals to be her most prized possessions. Gunn hails from a sporting family - her father, Bryn, was a part of the Nottingham Forest Football Club when they won the European Cup in 1980. Gunn has certainly followed in his footsteps in the sporting realm.

"I've been lucky enough to play in some great teams and to be part of some amazing battles over the years but as a small girl I always said I wanted to put a World Cup medal next to my dad's European Cup winner's medal, and there are now three of them next to his medal on the mantelpiece!"

Clare Connor, Managing Director of England Women's Cricket expressed her gratitude towards Gunn and thanked her for her services to the team: "Jenny has been the most tremendous servant to England Women's cricket throughout the 15 years she has played for England. Her longevity, work ethic and commitment have been hugely impressive across both the amateur and professional eras and on countless occasions she has delivered match-winning performances for the team with both bat and ball."

Gunn was a subtle seam bowler, who bothered batters the world over with her unpredictable variations off the wicket and her consistent probing lengths. She was called for chucking multiple times, but was cleared on account of "extreme hyperextension", causing the illusion of chucking. She continued to take wickets with her modified action and additionally, became increasing useful with the bat towards the middle years of her career, grabbing her opportunity to open with both hands and even carrying out a few blockathons to save Test matches.