Take greater care on the roads, PM urges all 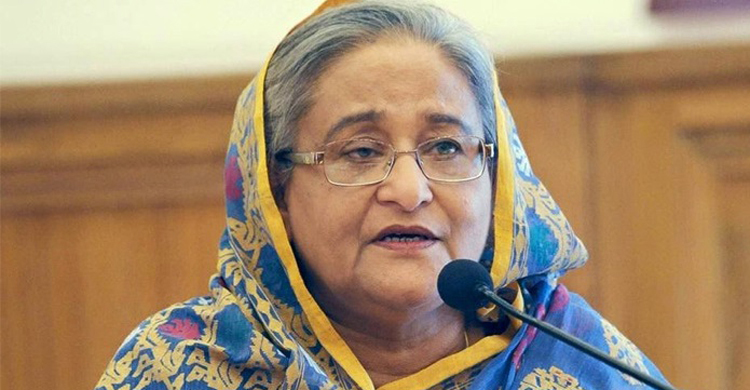 Prime Minister Sheikh Hasina has reiterated her call for people and motorists to exercise greater care in the use of the roads, to reduce unnecessary crashes that claim the lives of the nation.

She came up with the urge while inaugurating different development projects under Roads, Transport and Bridges Ministry through video conferencing from Gano Bhaban on Wednesday morning

The PM said, “I am building its. Now, it is up to you to ensure its better maintenance so that it could not be damaged very soon.”

She said unnecessary competitions among vehicles on roads and highways cause accidents. "All have to play their responsible roles…it’s urgently needed to be aware who are using roads…I think that many families can fall in trouble due to road accidents which should aren’t expected."

Sheikh Hasina mentioned that it will not be wise to hold only drivers responsible for any road accident.

The Prime Minister urged everyone, including the drivers and users of the roads, to be aware while driving vehicles and crossing roads.

Hasina said the government has formulated the Road Safety Act aiming to maintain discipline on roads and highways.

Referring to the law regarding road safety enacted by her government, she said, everyone should follow traffic rules.

The Prime Minister stressed creating awareness about traffic rules and said steps will have to be taken to start awareness in this regard from the school level.

Terming road communications as an important tool for the development of a particular area, the Prime Minister said the government is developing the communications network of the country so that people can communicate from one region to another.

"We’re implementing massive programmes for building the communications network from the district level to union and ward levels, and from capital to district, upazila and union levels," she said.

Hasina also underscored proper maintenance of various infrastructures of the roads and highways divisions, including bridges.

Later, the Prime Minister exchanged views with a cross-section of people, including public representatives, government officials, imams, teachers and freedom fighters in Chattogram, Munshiganj, Narayanganj, Shatkhira and Mymensingh through the videoconference.

Bhulta Flyover has a total length of 1.85 kilometres of which 1.2-km long part falls on Dhaka-Sylhet Highway while a 611-metre long one on Dhaka-Bypass Highway.

Besides, the Patia bypass road was constructed at a cost of Tk 87.70 core, and a 283-metre long Mymensingh-Gafargaon-Tok PC Garder Bridge at a cost of Tk 38.78 crore. Thirteen concrete bridges were constructed under Mushiganj district spending Tk 88.62 crore.