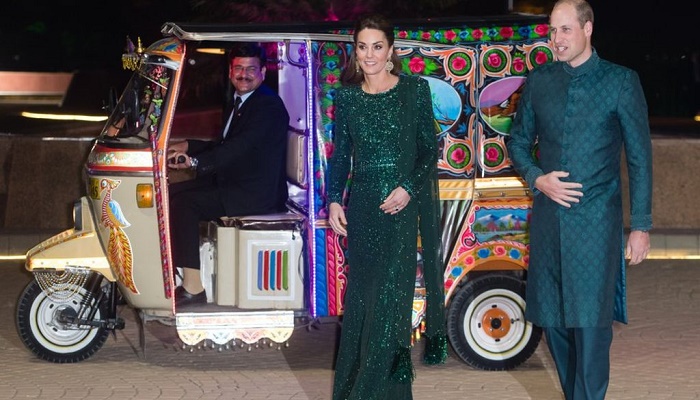 The Duke and Duchess of Cambridge made a colourful entrance as they arrived by auto rickshaw for a special reception hosted by the British High Commissioner to Pakistan in Islamabad, reports BBC.

Kate wore a glittering green dress and William a traditional sherwani suit for the event at the Pakistan Monument.

The royal pair are on a five-day tour of the country.

Earlier, they met schoolchildren and had lunch with Prime Minister and former cricket star Imran Khan.

The couple are the first royals to officially visit the Commonwealth country since the Prince of Wales and Duchess of Cornwall visited the region in 2006.

In Pakistan, Prince William is also following in the footsteps of his mother Diana, Princess of Wales, who went there on several charity work trips before her death in 1997.