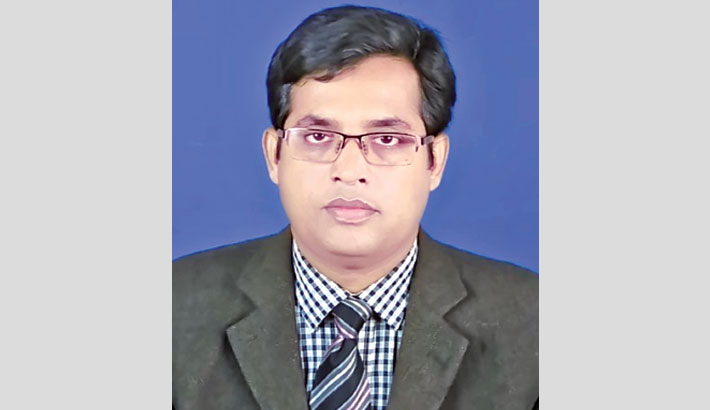 How long will parents keep losing their adult children due to violence in educational institutions? Whether there is any solution to come out from such a trauma? To what extent the government is sincere to solve the problem? These are the important questions that are being discussed among the countrymen for some time.

The heartbreaking news of the death of Abrar Fahad, a second-year student of EEE department at BUET, drew my attention through social media just a few hours after the incident took place. When I was struggling to come out from the trauma that was caused due to massive brain stroke of one of my colleague at the age to only 36, the news of Abrar’s brutal killing increased the level of my exasperation. This news hurts me a lot since I am a father of two growing kids as well as working in academia where such incident took place very frequently.

Higher educational institutions in Bangladesh have a history of beholding violence among different student groups from the past. But, the ongoing situation is different from before since violent activities of BCL have taken a severe shape nowadays. And the trend is on the rise from the onset of AL’s regaining power in early 2009. Thus, despite having its glorious past, student politics of BCL has lost all its glory with time. Nowadays, student politics has been characterised by conflict for power, an extension of control over the administration, extortion, tendering and so on.

Composition of Bangladesh societies suggests that the majority of its population live in rural areas. Thus, a vast majority of students studying in public universities usually come from middle or lower-middle-class families whose guardians are required to undergo hardship to support their children’s studies. Guardians bear this pain expecting that their children would get jobs upon completion of studies and support them in the years to come. Of course, all the guardians do not expect their children to assist them in their needs; however, the majority of them cherish such desire in their heart.

But most importantly, we should ask: would the killers be punished? It is hard to say since these cases are mostly treated as political murder, where bystanders are hard to find. But, I am optimistic as there are video clippings that show how those culprits were carrying Abrar when he was very sick due to their torture. We have also witnessed through social media that the culprits were having a discussion with the provost of that hall after they killed him. We have also learned from different media sources that our Prime Minister has instructed the law enforcing agencies to take all measures to punish those culprits. When she was speaking to the journalists in the post-India tour press conference she was seen very touched and adamant to ensure justice to Abrar’s family. While expressing her feeling she told that she would consider Abrar’s killing as a mother since she could feel the pain of those families who lose their near and dear ones. She had to wait 38 years to get justice to the brutal killings of Bangabandhu with most of his family members. But, there are also instances that made us pessimistic about the prospect of a fair trial as we had seen that some of the Biswajit’s murderers managed to get freed from the charges. We do not want to see this type of incident again.

One may wonder why the ruling party AL is carrying such a liability (BCL) that is pushing them in a wonky situation in every now and then. After the 1990s, we have hardly witnessed any contribution of student politics to the country. We didn't even find any sort of resistance from the student wings of any of the political parties during the rule of the army-backed caretaker government. Instead, we witnessed a lot of devastating activities of different student groups. The ruling parties in different periods have suffered from vehement criticisms from all corners due to these devastations.

Even if we concentrate on the rule of the present government, the scenario is shoddier. It can be said that the present government has achieved many successes, but many of their efforts have been overdriven by the activities of their student wings. It was expected that the tempo of domination of BCL would get reduced to some extent after PM’s strong stand against the top leadership of the student wing. However, Abrar’s brutal killing has brought many questions at the forefront of discussion. Many of us have started asking whether the ruling party has started losing control over its associate organisations.

From many corners of society, people have started demanding the imposition of a ban on student politics in the country as it has lost all of its glories. Our Prime Minister has made it clear that she does not have a plan to impose a ban on student politics. Instead, she has sent the ball into the court of the respective higher education institutions that could make a decision about the imposition of bans on student politics. Accordingly, BUET authorities have imposed a ban on all political activities on the campus. I am pretty sure that many of us would criticise such a decision of the BUET authorities. But, at the same time, we should also consider the fact that the administrative authorities of different public universities along with the political parties have failed to control student politics. Thus, at least for some time, the students’ and teachers’ politics need to be banned at the educational institutions. The practice of politics is making it difficult for administrators to run the administration well.  Thus, I would request our Prime Minister to reconsider her thought on student politics as ongoing brutality of the BCL leaders would further bring devastation to her party.

The imposition of a ban on student politics will bring a good number of positive consequences in society. First, the government would recuperate its image that has been lost due to brutalities of BCL. Secondly, such a step would help educational institutions to run smoothly. If there is no political activity, there wouldn't be any session jam at the universities and no violence would take place on the campus. Third, no parents would lose their child at an early age. Finally, it would offer some scope to the leaders of the student bodies to rectify themselves and transform them from monsters to good human beings.

Director at the Institutional

at the University of