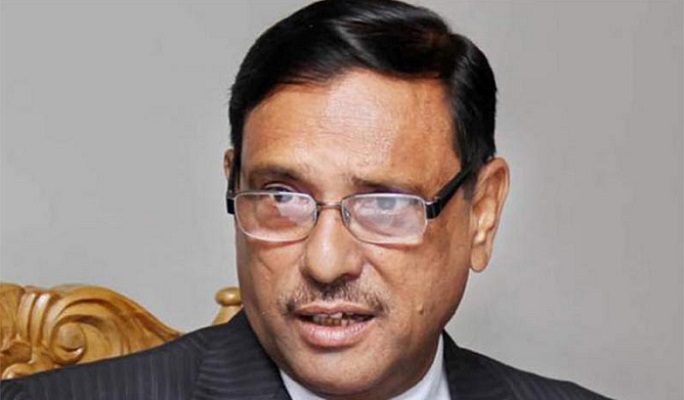 Awami League General Secretary and Road Transport and Bridges Minister Obaidul Quader on Tuesday said BNP does not want justice for Abrar Fahad murder rather the party wants to make an issue of movement.

“If BNP carries violence centering the Abrar Fahad murder incident, steps will be taken against them,” he told a press conference on contemporary issues at his office at the secretariat in the capital.

Quader urged the BUET students to return to their classes shunning their demonstration programme as the university authorities have accepted all of their demands.

The Minister said the police have taken immediate actions after the murder incident. Prime Minister Sheikh Hasina assured the parents of Abrar of quickly disposing of the murder case, he added.

Quader said steps will be taken against those who will be found involved in wrongdoings.

The AL general secretary said party nomination will not be given to those councilors who will be found involved in corruption.

“We will not let the image of the Awami League government be tarnished due to wrongdoings of a few persons. Those who will patronize wrongdoers will not be spared,” he said.

Quader said no controversial person will be allowed to be posted in the committee of Awami League from grassroots to central body.

Highlighting different development projects of the government, he said, adding metro rail service will also be introduced in Chattogram.