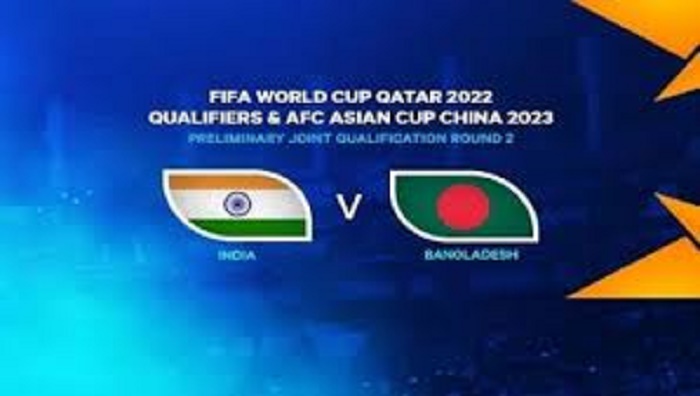 The match will kick-off at 8:00 pm (BD local time) at the Salt Lake Stadium Yuba Bharati in Kolkata.

In a pre-match press-conference on Monday at Novotel Kolkata Hotel, Bangladesh Head Coach Jamie Day said they are very confident and want to take chances to score in the match.

“Obviously, India has to play well to win. But I believe that if we play well tomorrow, we may get good result,” Jamie said.

Bangladesh captain Jamal Bhuiyan said, “This is a big game but the pressure is on the Indian team. We are not feeling any pressure at the moment. Our entire squad is  very excited and looking for tomorrow’s game.”

On the other hand, Indian Head Coach Igor Stimac said, “Our players have already proved themselves. We have showed that we can play against anyone. In the first two games, we were not favourites. But, now the whole pressure is on us. We have to win this game.”

“Bangladesh did very good against Qatar. They created more chances. They have come here to win the match,” Stimac added.

Bangladesh, who was put on Group E of the AFC Cup with Qatar, Oman, neighboring India and Afghanistan, are yet to open their account.

The men in red and green started their campaign with a 0-1 goal defeat against Afghanistan in their first match in the Tajik capital Dushanbe on September 10 and conceded a 0-2 goals defeat against Asian Champions Qatar in their second match in Dhaka on October 10.

In the remaining group matches, Bangladesh will play Oman on November 14 in Oman, Afghanistan on March 26 next year in Bangladesh, Qatar on March 31 in Qatar, India on June 4 in Bangladesh and Oman on June 9 in Bangladesh.

On the other hand, India are now in 4th slot of the point table securing 2 points from two matches with one draw and one defeat.

India started their campaign conceding 1-2 goals defeat against Oman in their first match in Guwahati on September 5 but played out a goalless draw (0-0) against Qatar in their second game in Doha on September 10.