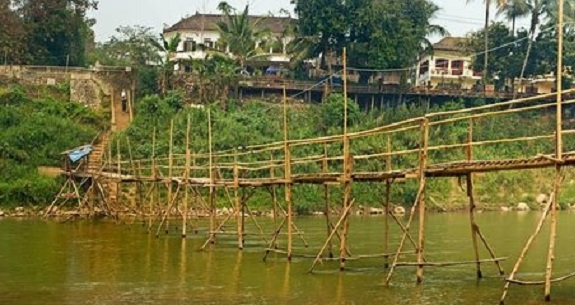 A female patient died and six others were injured as they fell off a bamboo bridge at Enayetpur under Sadar upazila
on Tuesday.

The deceased was identified as Shova Rani, 40, a resident of the aforesaid area.

Local people said the incident occured in morning when sick Shova Rani was being brought to Tangail General Hospital.

Suddenly, the babmboo-made bridge collased and seven people fell off the bridge, leaving all of them injured.

Shova Rani was admitted to the hospital where the duty doctor declared her dead.

Besides, a man identified as Rafiqul Islam was killed in a collision between a truck and a CNG run auto rickshaw in Bashail upazila of the district this morning.

Police said the accident took place around 10 am in Handulipara area, in which five others people were also injured.

Rafiqul, 40, was a resident in Sakhipur upazila.